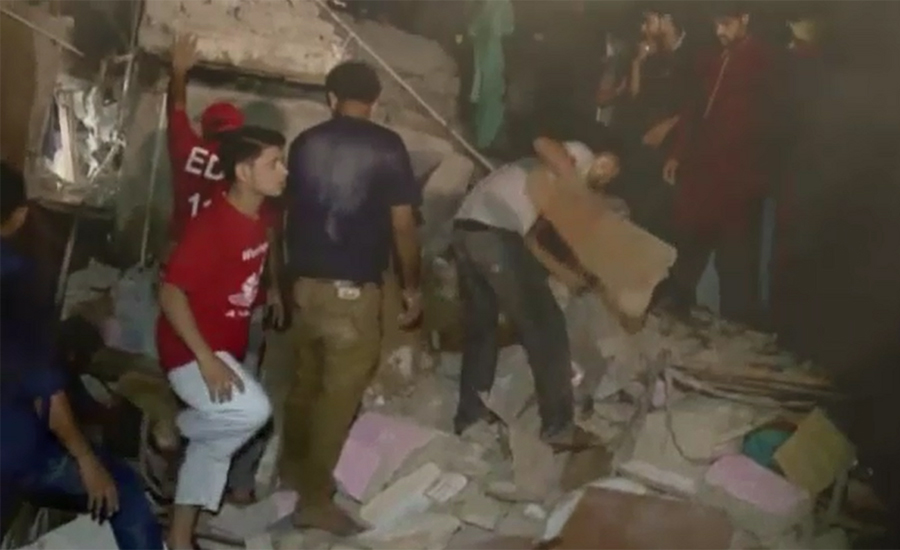 KARACHI (92 News) – Five people, including a child, were killed and seven others injured when a three-storey building collapsed in Liaquatabad, Peela School in the wee hours of Tuesday.

The injured were shifted to Abbasi Shaheed Hospital. The rescue operation was going on till the filing of this report. It is being feared that more people are still under the debris.

Residents said that the building collapsed at 2am, but the administration not only reached there without heavy machinery.

Mayor Waseem Akhtar said that he had filed an application to the Sindh government to get the dilapidated buildings vacated.