Kids more likely to use marijuana when suspension is the consequence 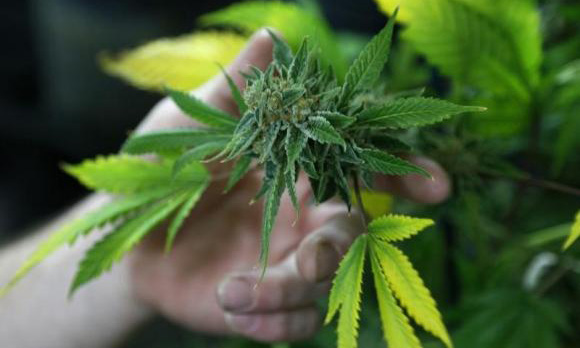 Kids more likely to use marijuana when suspension is the consequence

REUTERS HEALTH - Schools that use suspension to punish drug use, or that weakly enforce any of their drug policies, have higher rates of student marijuana use than schools with more consistent and less-punitive approaches, according to a new study. “We hypothesized that harsh penalties like suspension would act as a deterrent and result in lower likelihood of marijuana use,” but that did not turn out to be the case, said lead author Tracy J. Evans-Whipp of the Center for Adolescent Health at Murdoch Children’s Research Institute in Victoria, Australia. Other research has found that suspensions can be damaging for the individuals suspended, who might spend time away from school to mix with other antisocial groups, she said. But based on the new results, school suspensions might be damaging for the entire student body, she said. “We suggest further research to follow this up – it could be that students in suspension-using schools feel that their school wouldn’t support them if they got into trouble,” Evans-Whipp told Reuters Health by email. The researchers used two waves of surveys of more than 3,000 students in grades seven and nine and more than 100 of their school administrators, half in Washington State and half in Australia. In 2002, the students and administrators reported on their school drug policies. In 2003, the students reported their own drug use. In Australia, 25 percent of school administrators said they would call the police in response to illicit drug use in the school and 56 percent said the student would receive out-of-school suspension, compared to 60 percent of Washington administrators who would call police and 78 percent who would use suspension. About 40 percent of students in both locations cited suspension as an optional penalty for violating their school drug policy. The researchers found that calling the police, expulsion and referral to a nurse or counselor were not associated with the likelihood of marijuana use among students. But out-of-school suspension policies and weak policy enforcement were tied to increased odds of marijuana use, according to the results in the American Journal of Public Health. Underage marijuana use can lead to later dependence and is associated with a variety of health and behavioral problems such as memory deficits, psychosis, decreased levels of motivation, school non-completion, driving accidents and unsafe sexual practices, Evans-Whipp said. Students who said their school policies included “abstinence education” about avoiding illicit drugs altogether, or whose schools counseled violators about the dangers of drug use were almost 50 percent less likely than others to use marijuana in the following year. “There is a growing body of research in school and college settings that has found that harsh punishments are not necessarily linked to reduced problem behaviors and criminology researchers have similarly failed to find clear support for a link between deterrence effects and harsh punishments,” Evan-Whipp said. Controlled evaluations of different school policies toward cannabis would be helpful, said Wayne Hall, director of the Center for Youth Substance Abuse at the University of Queensland in Australia, who was not part of the study. “I think we should try to find ways to keep students in school where possible e.g. by allowing them to remain if they submit to random urine screens and undergo some counseling to address any problems that may be generating cannabis use,” while continuing to send the message that drugs, alcohol and tobacco should be avoided during teen years, Hall told Reuters Health by email. In-school suspensions should be encouraged, said David R. Bewley-Taylor of Swansea University in the U.K. “That said, I would argue that appreciation of the complexities of teenage life within Australia and the USA is vital in understanding recreational drug use during this period in a young person’s life,” Bewley-Taylor told Reuters Health by email. Some young people will use cannabis, so counseling them on how to do so with the least harm is preferable to disproportionate punishment, he said. “The findings of our study suggest that schools should strongly enforce a no-use policy through clear communication to students of expectations and consequences of rule violations and vigorous monitoring of school grounds,” Evans-Whipp said.