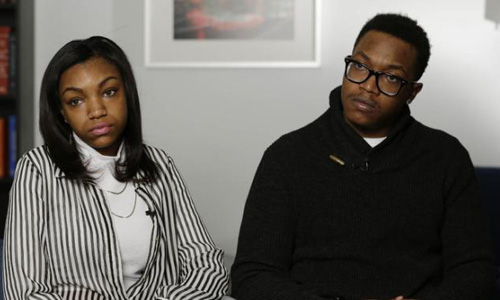 NEW YORK – The children of the comedian James McNair, who was killed in a highway crash that injured fellow comic Tracy Morgan, have reached a $10 million out-of-court-settlement with Wal-Mart Stores Inc (WMT.N), according to court documents. The settlement for the June 7 crash last year was initially announced in January with terms of the agreement confidential. But recent documents filed in New York's Westchester County revealed the amount of the award that would be spilt between his children, Danita, 19, and Jamel, 26. "We are glad to have reached an agreement but we can't discuss the terms and conditions of the settlement," a spokesman for the company told Reuters. "We deeply regret the loss of Mr. McNair as a result of the accident." The court documents, first revealed by the news website DNAinfo.com, show that Wal-Mart and the comedian's family wanted the sum to remain confidential because financial damage could result to Walmart, as well as concerns about the safety risk to McNair's children. The papers were filed so a judge could approve the accord. McNair, 62, died after the limousine bus he was travelling in on the New Jersey Turnpike was rear-ended by a Wal-Mart truck when he was returning with Morgan and others from a comedy performance in Delaware. "There is no value, no dollar amount, on my brother's life at all," CNN quoted McNair's sister, Pamela, saying. "But in terms of finances, it will assist the family a great deal to continue living life." McNair was also known by the stage name Jimmy Mack. Morgan, who starred in the TV show "30 Rock" and the late night comedy sketch show "Saturday Night Live," was badly injured in the crash. He suffered a serious brain injury and several broken bones and spent weeks in hospital and rehabilitation. The comedian and three other passengers who were injured in the crash are also suing Wal-Mart, saying the world's largest retailer was negligent. They said Wal-Mart should have known that Kevin Roper, the driver of the truck, had been awake for more than 24 hours before the crash and should not have been on the road. Roper has pleaded not guilty to charges of vehicular homicide and assault-by-auto. Federal investigators said Roper was driving 65 miles per hour in a 45 mph zone. Wal-Mart has argued the injuries suffered by the survivors were caused either wholly, or in part, by their failure to wear seat belts. –Reuters