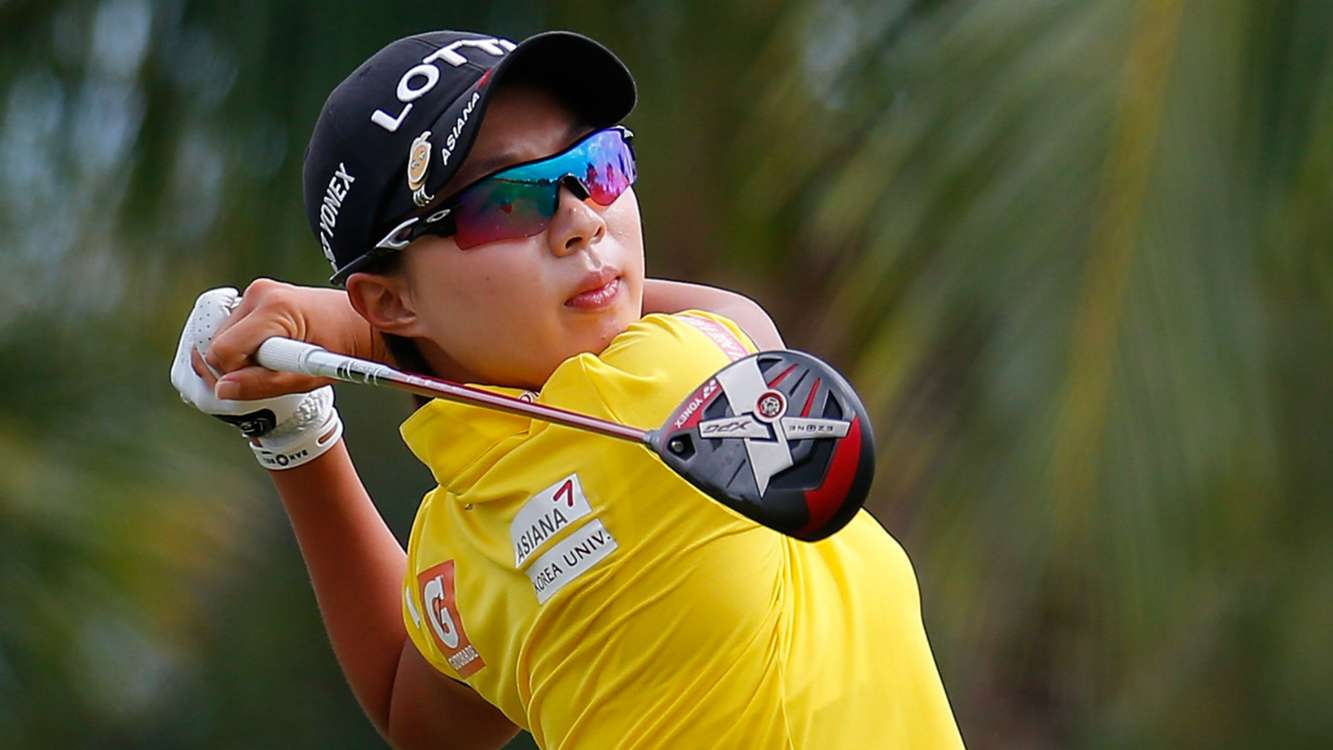 SYLVANIA - Kim Hyo-joo held off world number one Lydia Ko in a fun duel with a burst of birdies that carried her to a seven-under 64 for a three-shot lead after three rounds of the Marathon Classic in Sylvania, Ohio. Kim, who began the round tied for the lead with 19-year-old Ko, edged in front with a birdie at the fifth before the pair matched three birdies in a row from the seventh at Highland Meadows. "She's younger than me, but I learnt a lot of things playing today's round, and I had so much fun," said Kim. "I didn't feel much pressure, I just enjoyed it with Lydia Ko." Kim also seemed to get a kick out of their rousing finish to the front nine, but the fun ride ended there for Ko, as Kim birdied the 10th for her fourth in a row and made two more at 14 and 17 in a bogey-free round that took her to 15-under 198. Ko birdied 17 as well and looked like she might close the gap to two shots when she faced a three-foot birdie putt at the last, which she lipped out to remain three back at 201 along with 21-year-old American Alison Lee, who posted a 66. "I let one -- it was a very dumb one -- slip on the last hole," said Ko, whose birdie putt caught the left edge and spun out. "There were so many putts that were so close but didn't end up falling, so hopefully a few more fall." Still in striking range another shot back at 11-under were American Stacy Lewis (65) and Thai Ariya Jatanugarn (66). American Brittany Lang, winner of last week's U.S. Women's Open, slipped nine behind with a 68. -Reuters