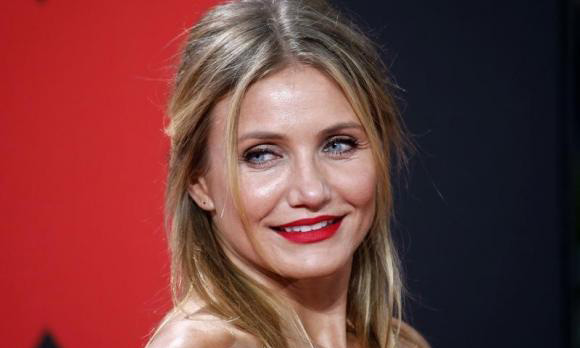 LOS ANGELES (Reuters) - Former child star Kirk Cameron tried "Saving Christmas," but he more likely killed a career comeback with the movie that ruled at this year's Razzies, the awards for the worst achievement in film. Cameron, 44, was declared the big winner at Saturday night's 35th Golden Raspberry Awards ceremony, taking four of the six categories in which he and his Christian family comedy "Saving Christmas" were nominated: worst picture, worst actor, worst screenplay and worst screen combo - for him and his ego. The tongue-in-cheek answer to Sunday's Academy Awards poked fun at another Cameron, as in Diaz, who won the $4.97 gold spray-painted berry trophy for worst actress for two comedies, "The Other Woman" and "Sex Tape." But in a sign that there can be redemption after a Razzie, actor/director Ben Affleck won the inaugural Redeemer award, going from his Razzie-earning role in 2003's "Gigli" to 2013 Oscar best picture winner "Argo" and box office hit "Gone Girl." Affleck was deemed more redeemable in a popular online vote than fellow nominees Jennifer Aniston, Mike Myers, Keanu Reeves and Kristen Stewart. Director Michael Bay might have gotten off lightly. His special effects spectacle "Transformers: Age of Extinction" led all movies with seven Razzie nominations, but was only worthy of worst director and worst supporting actor for Kelsey Grammer. Megan Fox won worst supporting actress for her role in the reboot film "Teenage Mutant Ninja Turtles." The award for worst remake, rip-off or sequel went to "Annie," the modern telling of the Broadway classic that hackers leaked online before its December opening after attacking Sony Pictures. The Razzies are handed out at a ceremony in the heart of Hollywood on Oscar eve, although those honored seldom show up. The ignominious awards are chosen by 811 members in 47 U.S. states and 20 foreign countries who pay a minimum annual fee of $40 their first year and $25 thereafter. As the Razzie organizers noted, their society is not alone in panning "Saving Christmas". Users of the international movie database IMDB.com rated it the No. 1 worst movie of all time, while it scored a rare perfect "Zero" rating on critic aggregation site Rotten Tomatoes. In the film, the child star of television's "Growing Pains" who later became an evangelical Christian tries to "put Christ back into Christmas."