Kiwis favourites to beat Australia but won't like it: Steve Waugh 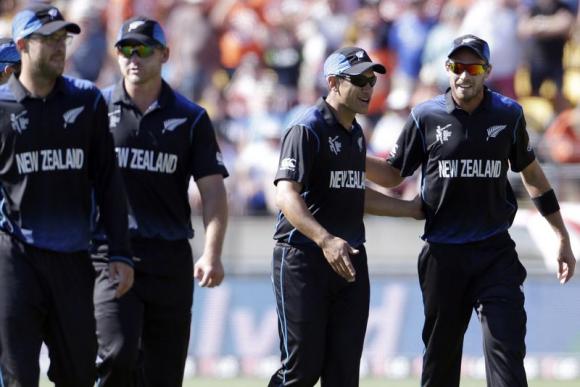 Kiwis favourites to beat Australia but won't like it: Steve Waugh

MELBOURNE (Reuters) - New Zealand are favourites to beat Australia in their highly anticipated World Cup clash at Eden Park on Saturday but won't like the idea, former Australia captain Steve Waugh has said. New Zealand have won all three of their World Cup matches at a canter while Australia have a solitary win over England to their name, with their second match against Bangladesh washed out. “New Zealand will be probably entitled to be favourites in this game, the way they’ve played,” Waugh said in comments published by News Ltd media on Friday. “They’ve played three games so they’re in the groove. They’re probably confident and relaxed, at the peak of their powers. “It will be a parochial home crowd in Auckland. It’s a very difficult place to play and win over there. "I know the Kiwis would hate to think they’re favourites. "They always like being the underdogs and coming from nowhere so it would be nice to see them under a bit of pressure with the expectation to beat Australia and see how they handle that.” Players from both sides have this week been keen to cast their teams as the underdogs in their first meeting at the Auckland ground in five years. Though the match is expected to be a sell-out, the winners can take little more than bragging rights and a defeat would hardly dent Australia's campaign, Waugh suggested. "Whoever loses the weekend’s game, it certainly doesn’t mean their World Cup has been derailed. It’s just a bit of a hiccup along the way. “We have the team and the personnel and we have the weapons, the X-factor. It’s all there.”