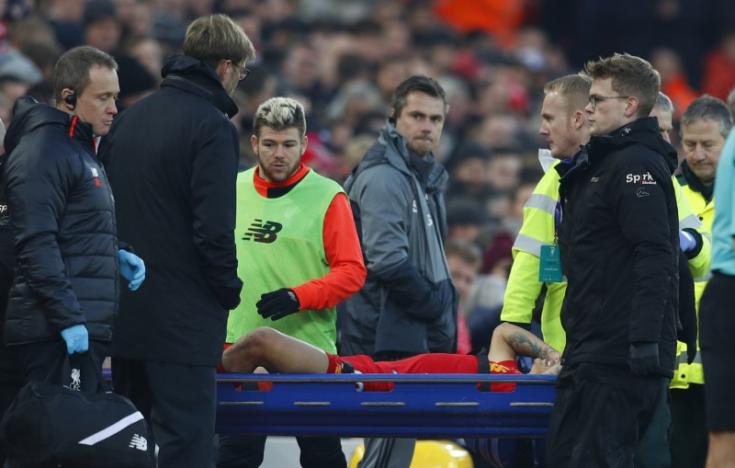 LONDON - Liverpool midfielder Philippe Coutinho could be set for lengthy spell on the sidelines after the Brazilian international suffered an ankle injury during Saturday's Premier League win over Sunderland. British media reported that the 24-year-old Coutinho was set to be out of action for five to six weeks after scans on Monday confirmed he had suffered ankle ligament damage following a first half class with Didier Ndong in the 2-0 win at Anfield. Manager Juergen Klopp, however, remains confident his Liverpool side possess enough qualities to minimise the impact of Coutinho's absence. "Phil Coutinho is a really good football player and if we can't use him for the next few days or weeks then every team in the world would feel that. That's how it is but there is no excuse for anything," he told reporters on Monday. "Phil, as good as he is, cannot decide games on his own even if it looks like that at times. He dribbles, he shoots and he is important but it is really a team performance that we have created. "He's a very important part of that but of course we can handle it. It's not the best thing I can imagine or dream about, to show that we can play without Phil, but we have to show it and we will show it." With Coutinho joining midfielder Adam Lallana and striker Daniel Sturridge on the treatment table, a potential injury crisis threatens to undermine Liverpool's strong start to the season but Klopp insisted he would not hide behind excuses. "Phil's not in, Adam is close but not in, Daniel is not in; they are all quality players but we don't look for excuses," the charismatic German added of the side's potential lineup for Tuesday's League Cup quarter-final against Leeds United. "We want to show it's possible to play the way we play football without them, but of course it is better if they are all fit." Klopp also suggested he might dip into the transfer market if the Merseyside club's injury situation worsened. "Actually I thought before about it but it doesn't mean that we do it," he said when asked if Liverpool had plans to reinforce the squad in January. "If we have another few injuries or not, we will see. Maybe a few young lads now take the chance because of injuries of other players." After the League Cup clash at Anfield, Liverpool will return to Premier League action away at Bournemouth on Sunday. -Reuters