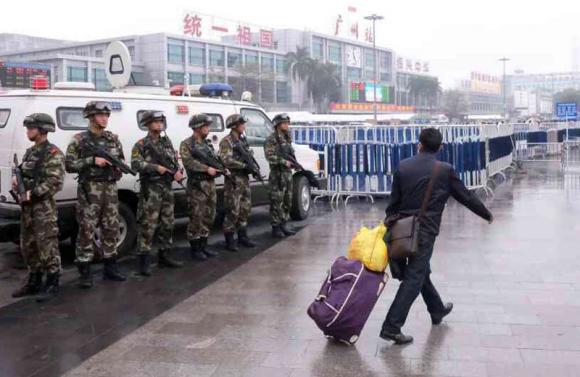 BEIJING - Knife-wielding attackers slashed and stabbed people at a railway station in the southern Chinese city of Guangzhou, wounding at least nine before police shot dead one of the suspected assailants and arrested another. It was the latest in a string of knife attacks that have unnerved the country, and was launched during the morning rush hour, at 8:18 a.m., the city's public security authorities said via an official microblog account. Investigations were ongoing, and the offenders would be severely punished, the microblog said. It gave no information on the identity of the attackers or their motive. A mass stabbing at a train station in the southwestern city of Kunming shook China last March when 29 people were killed and about 140 more were wounded. Violent crime is rare in China compared with many other countries, but there have been a series of knife attacks in recent years, many on school children. –Reuters