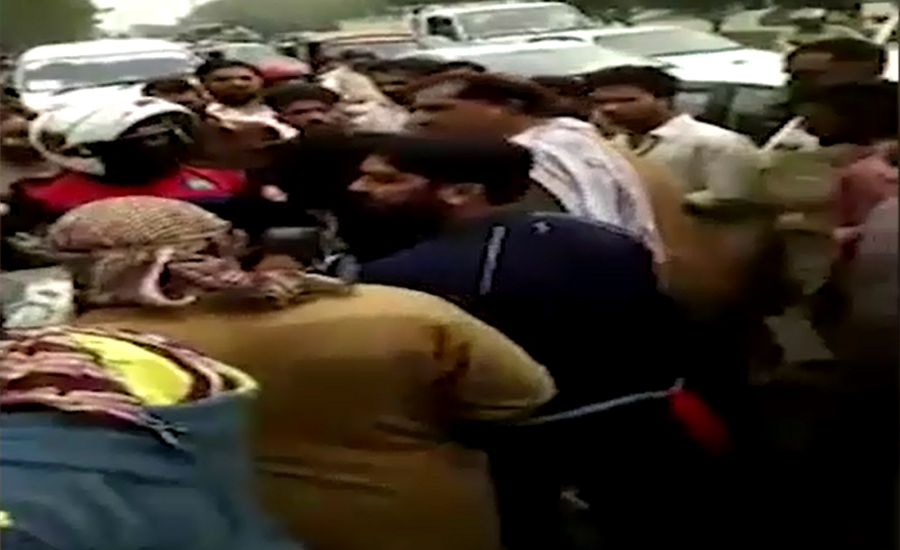 LAHORE (92 News) – A knife attacker was killed by Dolphin Force in Lahore’s Sabzazar area on Saturday. Umair, 18, had injured four people with knife. The police reached the spot, but he allegedly tried to resist the arrest. The police opened fire at him, killing him on the spot. The police claimed that the deceased was mentally-challenged. The police have shifted the body to morgue for autopsy. His relatives staged a demonstration against the police. They said that the deceased was a mentally-challenged youth and had not attacked the police.