Knowing personalized risk for diabetes may not change lifestyles 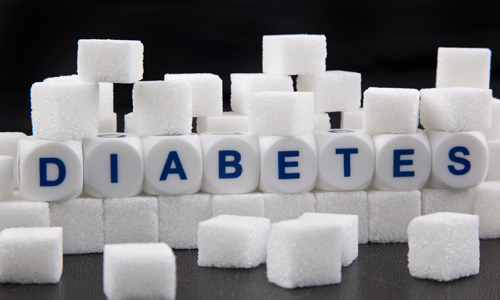 Knowing personalized risk for diabetes may not change lifestyles

CALIFORNIA - Giving people detailed information about their personal genetic risk of developing diabetes may not inspire them to change their behavior any more than just giving them basic facts about the disease, a recent study suggests. "Overall, genetic risk information is becoming more and more common, and it's reasonable to assume that given the decreases in sequencing costs genetic risk information will proliferate," said lead study author Dr. Job Godino of the University of California, San Diego. The big question, though, is whether genetic information can get people to take action, Godino added by email. "For common complex disorders like diabetes, it very well may not do so," Godino said. Globally, about one in nine adults have diabetes, and the disease will be the seventh leading cause of death by 2030, according to the World Health Organization. Most of these people have Type 2, or adult-onset, diabetes, which happens when the body can't properly use or make enough of the hormone insulin to convert blood sugar into energy. To see if offering people more personalized information about their diabetes risk might help with prevention, researchers analyzed data on 569 men and women born in England between 1950 and 1965 who didn't have a diagnosis of diabetes or other chronic diseases. Researchers looked at the participants’ individual risk of developing type 2 diabetes two ways. First, they collected blood samples from the participants to screen for gene variants. They also looked at what's known as phenotypic risk based on things like age and weight. All of the participants received standard lifestyle advice on preventing diabetes. In addition, researchers randomly assigned a third of the people in the study to get information on their genetic risk for diabetes and another third to get information on their phenotypic risk. Eight weeks later, participants were fitted with a device to monitor physical activity for six days. Compared to the control group of people who didn't receive detailed information about their personal diabetes risk, participants who did get their personal risk information didn't end up getting significantly more exercise, researchers report in PLoS Medicine. However, the patients who were given their personalized risk of developing diabetes did have a better understanding of risk at the conclusion of the study. Limitations of the study include the lack of diversity among participants, who were generally well-educated and physically and psychologically healthy, the authors point out. This may make the results less relevant to a broader population of patients with diabetes or people at risk for developing the disease. The short follow-up period also limits the authors’ ability to know what the effect of having personal risk information might be over the longer term, they note. More research is needed to shed light on whether these results hold true for personalized risk information as it relates to other diseases and whether someone’s perception of their risk before the study had any impact on the outcome, the authors add. "The study did not observe that relaying that information changed their short-term behavior," said Laura Rosella, a public health researcher at the University of Toronto who wasn't involved in the study. "Therefore from the clinical perspective, or from the perspective of motivation behavior change, there does not appear to be a benefit to carrying out these tests for diabetes prevention," Rosella added by email. -Reuters