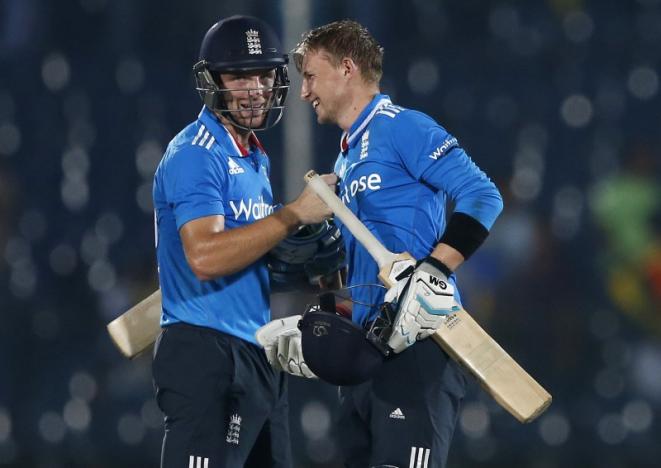 MUMBAI - Joe Root has the temperament to be England's next test captain, India skipper Virat Kohli said. Incumbent Alastair Cook has admitted to having "questions" about his role as test captain following England's series loss in India with a match to spare and batting mainstay Root is perceived as a natural heir to the job. Root's anticipated elevation would also be a continuation of the global trend of premier batsmen taking over test captaincy, as it happened with Kohli in India, Steve Smith in Australia and Kane Williamson in New Zealand. "Joe looks like a guy who has the temperament to do it," Kohli said on the eve of the fifth and final test against England. "Of whatever I have seen of him as a player and the way he conducts himself on the field, I think he has been a great batsman for England and I think he's equipped enough to handle that job." Kohli himself has flourished since taking over test captaincy but warned it was a highly demanding job. "It depends on the individual, to be honest. Joe is an outstanding player. I've been very fond of his game and the way he plays and goes about things," Kohli said of the 25-year-old. "He's very positive, always thinks of any situation as an opportunity. It's pretty evident with the way he plays. "I don't know what captaincy would do to that. Captaincy is not just about handling 10 more guys on the field or having a squad and interacting with management. It comes with a whole package..." Speculation over test captaincy, which coach Trevor Bayliss has called a "pain in backside", has intensified with England's debacle in India. Cook has said that he takes the job on a series-by-series basis and will discuss his position with director of cricket Andrew Strauss, also his former opening partner, next month. "It's a natural thing that happens with me and Straussy now," Cook, who has been in charge since 2012, told BBC Test Match Special. "Often my future comes up and how we want to move forward. "This would be no different to any of those other meetings and we are going to have to discuss what is the best thing for English cricket. "You have to be very careful about decisions that are made in the heat of the moment that have a long-term effect on yourself and the team. "We've tried to knock it on the head as many times as we can, but of course when you lose games of cricket it gets blown up." -Reuters