LONDON (92 News) – Moeen Ali, Jos Buttler and Sam Curran made upward moves in the rankings charts after England’s series-clinching 60-run victory over India at Ageas Bowl.
Much like the first Test of the series, at Headingley, this one was a well-contested affair, India going down by just 60 runs in the end. The big star of the show for England was Ali, who had been recalled for the match and responded by striking a crucial 40 in the first innings and then picking up nine wickets – 5/63 and 4/71. He was named the Player of the Match, and rose three places in the MRF Tyres ICC Test Player Rankings for bowlers to No.33. With the bat, the big performances for England came from lower down the order. Curran, in the XI chiefly as a bowler, continued to impress as a batsman, scoring an innings-best 78 the first time and then 46 as England managed to set a big enough target to India. Jos Buttler was the other one to have a big contribution – 69 in the second innings. Both of them moved up, Buttler 15 places up to No 32 with a career-high 584 points, and Curran 29 spots to No.43 with 545 points, also the best in his short career so far. The batting chart, however, was still headed by Virat Kohli, the India captain who got there after scoring 200 runs in the first Test, slipped down behind Steve Smith after faltering in the second Test, and has since returned there. In Southampton, Kohli scored 46 and 58 to take his series tally up to 544 runs – 284 more than second-placed Buttler’s 260.

As a result, Kohli consolidated his position atop the table, that too with a career-high 937 points. Unfortunately for his counterpart, the series hasn’t been as lucrative. Joe Root has aggregated just 194 runs in seven innings, and though he is still No.5 on the table, his points have been going down and he is at 809 now. It’s been worse for Alastair Cook, Root’s predecessor as England captain. Cook has scored just 109 runs so far in the series with a best of 29 at an average of 15.57, and has slipped four places to No.21. 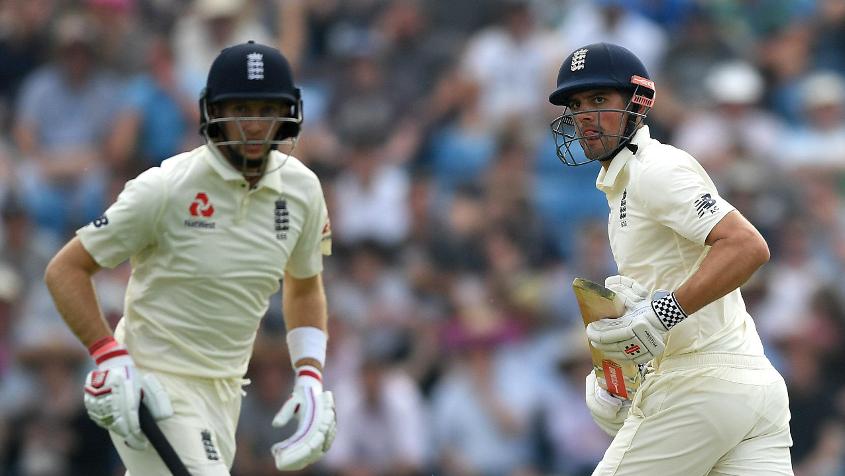 Jonny Bairstow, too, has had a horror run since fracturing his finger during the third Test. Prior to it, he had scored 70, 28, 93 and 15. Since then, it’s been 0, 6 and 0. As a result, he is five spots down to No.16. And, while he did end up on the losing side, Cheteshwar Pujara’s 132* in the Indian first innings helped him move to 798 points and stay put at sixth place on the batsmen’s rankings. On to the other bowlers now, and James Anderson, though a bit off colour in the third and fourth Tests after picking up nine wickets at Lord’s, is still the top man. But returns of 4/119 and 2/83 at Trent Bridge and Ageas Bowl have meant a points dip – he is now at 896 points after having reached a best of 903 following the second Test. 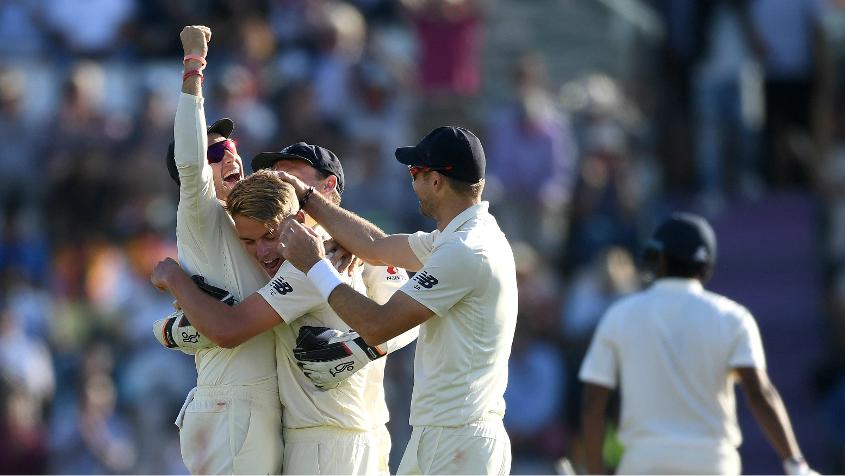 While Ali spun a web around the Indians, his off-spinning counterpart from the opposition side toiled away without much success – Ravichandran Ashwin turned his arm over for 14.4 overs in the first innings and then, after opening the bowling, for 37.1 overs the second time. But he picked up only one wicket on either occasion, and has slipped below Rangana Herath to No.8. Mohammed Shami, though, was impressive in Southampton, especially in the second England hit when he returned 4/57. Add to that the 2/51 from the first innings, and he rose three spots to No.19.