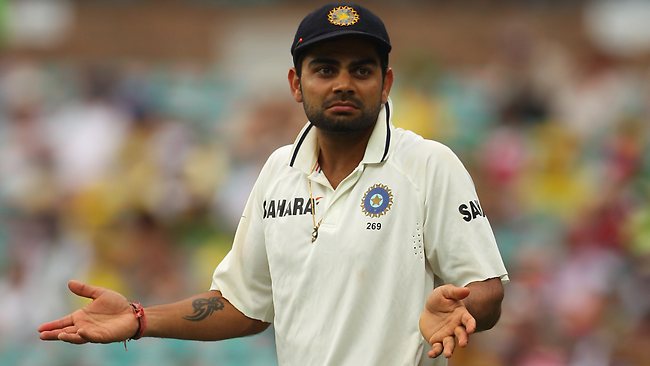 MUMBAI (Reuters) - Virat Kohli has delighted Indian fans with his exploits in the middle but reports of an ugly spat with a journalist at the World Cup will only enhance his reputation within the press corps of being volatile and tetchy. As the team's media manager moved quickly to limit the damage of an embarrassing encounter involving India's test skipper, a contradictory view of events in Perth was emerging from the nation's cricket journalists. The incident took place at the Murdoch Oval, where India were training ahead of Friday's Pool B match against the West Indies at the WACA. After finishing his net session, the 26-year-old batsman started swearing at an Indian national daily reporter over a story about the cricketer's private life, according to reports from journalists covering the World Cup. Kohli, currently India's best batsman across all formats, later realised it was a case of mistaken identity and apologised to the target of his abuse through another journalist. "There was a misunderstanding and no abusive language was used, Virat has spoken to the concerned gentlemen immediately and that ends the matter," the team's media manager R.N. Baba said in a statement on Wednesday. In a column published in the Hindustan Times, the journalist subjected to Kohli's tirade said he was still in "shock". "Go and tell him that he is an international player and he should learn how to behave," Jasvinder Sidhu told the intermediary to inform Kohli after receiving the apology. "How can he abuse and intimidate someone? "I would like to add that Kohli did not apologise to me directly." Kohli has often polarised opinion over his regular run-ins with opposition players and was fined half of his match fee in 2012 for responding to barracking from the crowd by gesturing at them with his middle finger during a Sydney test. There were also multiple reports of him having a dressing-room spat with team mate Shikhar Dhawan during the recent test series in Australia after he had to bat at short notice following an injury to the opener.