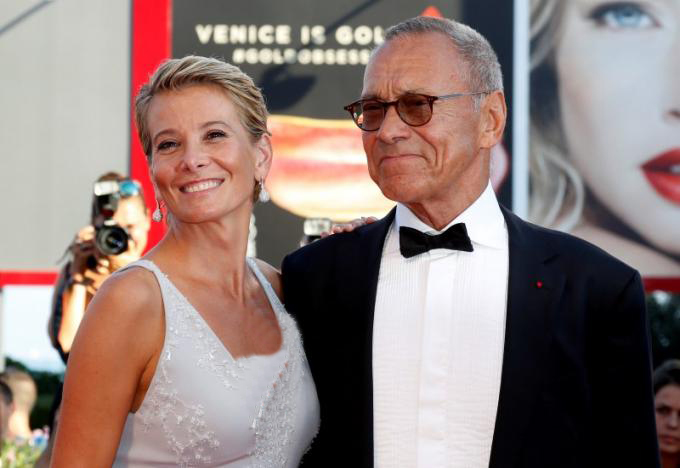 VENICE - Andrei Konchalovsky uses the Holocaust-theme in his drama "Rai" to explore how people back then and today commit evil acts all the while believing that what they do is right, the veteran Russian director said at the Venice film festival. "Rai" (Paradise), which follows three characters as they make life-altering choices, is one of 20 films competing for the coveted Golden Lion that will awarded on Saturday. Olga, played by Julia Vysotskaya, is a Russian noblewoman and part of the French resistance, who gets arrested by Nazis for hiding two Jewish children and is sent to jail where she meets French-Nazi collaborator Jules, who offers to ease her punishment in exchange for sex. Olga is eventually sent to a concentration camp where she meets her old flame Helmut, now a high-ranking SS officer. "I didn't want to make a film about the holocaust. I basically wanted to speak of evil," Konchalovsky told a news conference ahead of the movie's premiere. "Evil is born every day in every age. And most people do evil when in fact they are doing good." The black and white movie's main storyline is framed around scenes in which each of the main characters addresses the camera face-on as if being interrogated. Konchalovsky uses the close-ups to create the idea of a confession, while the actors' speaking in their native tongues, be it Russian, German or French, helps him add authenticity. "My intention was that you could feel the horror that mankind and the individual feels or doesn't feel because we are always convinced that we are right," the 79-year-old said. "The bombing in Libya, the bombing in Iraq ... all these evil acts were considered to be honorable because they were defending human rights, democracy, freedom," he said. -Reuters