Korea set to unleash next gen of winter sports stars 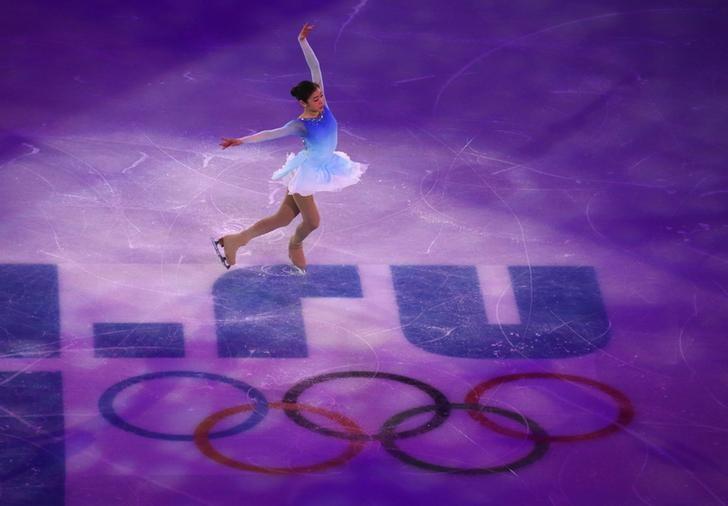 Korea set to unleash next gen of winter sports stars

PYEONGCHANG - For figure skating fans Kim Yuna was one of a kind. Not according to the chief of the 2018 Pyeongchang Winter Olympics. "We have many more Kim Yunas," laughed former government minister and 2018 organising boss Lee Hee-beom in an interview with Reuters. "Kim Yuna was a heroine for the younger generation," Lee said. "But we have many more ... we have the second and third Kim Yunas. "With the 2018 Winter Olympics we will have the fourth and fifth, and many more heroes and heroines in winter sports." Lee's claim is a tantalizing prospect for winter sport's fans both in Korea and the world over. Kim was a trailblazer who single-handedly raised the profile of winter sports in her homeland and gave the country its first Olympic figure skating gold when she medalled in Vancouver. While short-track and speed skating account for 25 of South Korea's 26 Winter Games gold medals, Kim's captivating performance in Canada brought the country to a standstill and gave rise to a generation of skaters, skiers and sliders. Her retirement after the Sochi Games in 2014 saw Korea bid farewell to one of its few global sporting personalities, but 2018 Pyeongchang Organising chief Lee said there is no shortage of emerging talent waiting to step into her skates. South Korea will host Asia's first Winter Games outside Japan from Feb. 9-25 in 2018 -- in less than 460 days. The coastal city of Gangue will be used for the figure skating, curling, ice hockey, speed and short-track skating events, while the alpine town of Pyeongchang will stage mountain events such as skiing, sliding and Nordic events. "Even though Pyeongchang is 400-odd days away our feeling is that 2018 is right around the corner," said Lee, adding that all venues would be ready in time for the 26 test events to be held in the next few months. Major infrastructure projects, including a high speed rail link that will cut travel time between Incheon airport and Pyeongchang to 90 minutes, were also on track, Lee added. The former trade, industry and energy minister said POCOG was working hard to raise the global profile of Pyeongchang, an alpine town some 180 kilometres east of the capital Seoul. "Unlike the Summer Olympics, the Winter Games are usually held in mountain clusters, so in that sense Pyeongchang is not very well known around the world, like Seoul or London or Tokyo," conceded Lee. To help raise Pyeongchang's profile, Lee said POCOG was focussing on promotion in Japan, which will host the next Olympics in Tokyo 2020, and China, which hosts the 2022 Winter Games in Beijing. "We had a sports ministers meeting in Pyeongchang at the end of September between Japan, China and Korea," said Lee. "(IOC) President Thomas Bach was also there and he announced that in the sports arena, this is the era of Asia." Gangwon Province Governor Choi Moon-soon told reporters, to much laughter, that visitors to the 2018 Games must ensure they arrive in Pyeongchang and not Pyongyang, the North Korean capital. He cited the case of Kenyan Daniel Olomae Ole Sapit, who was supposed to attend a United Nations conference in Pyeongchang in 2014 but found himself being questioned for five hours by North Korean soldiers in Pyongyang. "He was regarded as a spy, a somewhat strange spy," deadpanned Choi, adding that he was also fined for arriving in North Korea without a visa. "So please remember: $500 (402 pounds) and five hours of questioning." -Reuters