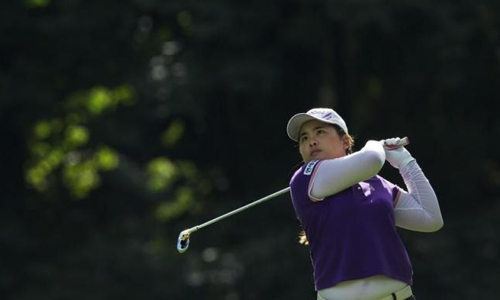 CALIFORNIA - Park In-bee returns to one of her most successful venues for this week's ANA Inspiration at Mission Hills Country Club where two years ago she won her second major title with a "nearly perfect" display. Park was the overnight leader heading into the final round in 2013 and was never threatened after she birdied the first two holes on the way to a commanding four-stroke victory. "That week my game was nearly perfect," the South Korean world number two told reporters before playing in the pro-am competition at a sun-bathed Mission Hills on Wednesday. "Some weeks I get my game to that level, and even this year as well, but that week in 2013 my game was perfect. "I don't think I'm as good as that right now. I think I will get to that point sometime this year, but I was just a little bit unhappy with the ball-striking last week." Park, a five-times major champion, has already triumphed once on the LPGA Tour this season, winning the HSBC Women's Champions in Singapore last month before placing fifth at the Kia Classic in Carlsbad last week. "I'm just really excited for the first major of the year," said the 26-year-old. "I feel like I'm in good form. This is a tough golf course, a really good test. It really inspires a lot of people to play well." Park clinched her 13th LPGA title by two shots at the HSBC Women's Champions after holding off world number one Lydia Ko and third-ranked Stacy Lewis in the Singapore heat, ratcheting up the 'Big Three' rivalry in the women's game. "It's good to feel the rivalry between Stacy and Lydia because that definitely inspires you to get better and better," smiled Park, who was the game's dominant player in 2013 when she won the first three majors of the year. "Getting back to No. 1 is definitely a good goal for me for this year, but because I've been there before ... I think I'm a little bit more relaxed. I feel like with good golf I'll get there. "But that's not my only concern. Obviously the career grand slam is in my mind, that would be the one that I really want the most," said Park, who needs to win the Women's British Open and the Evian Championship to complete the full set of five. - REUTERS