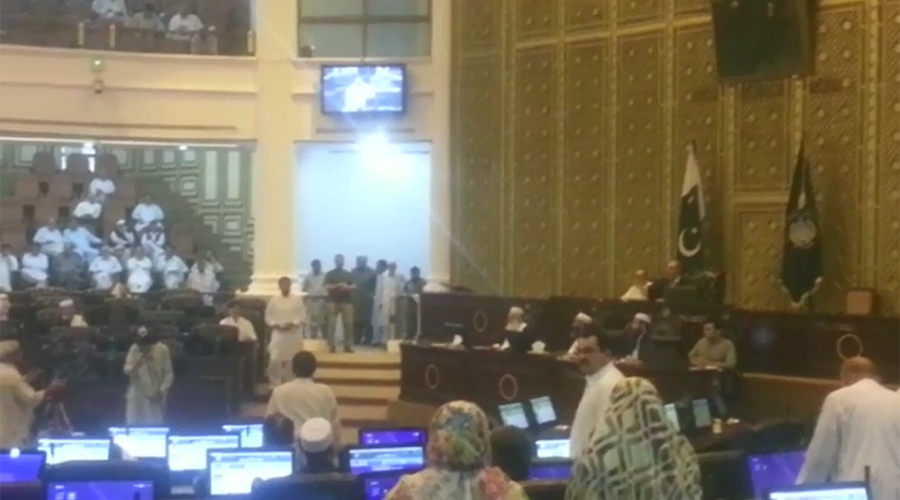 PESHAWAR (92 News) – The Khyber Pakhtunkhwa (KP) Assembly witnessed a strife on Tuesday during discussion on the China-Pakistan Economic Corridor (CPEC). Pakistan Tehreek-e-Insaf (PTI) MPA Shaukat Yousafzai criticized the speech of Parliamentary leader of Pakistan Muslim League-Nawaz in the KP Assembly Sardar Aurangzeb Nalotha. Following this, the government and opposition members raised slogans against one another.