KP cut off from Islamabad as roads blocked 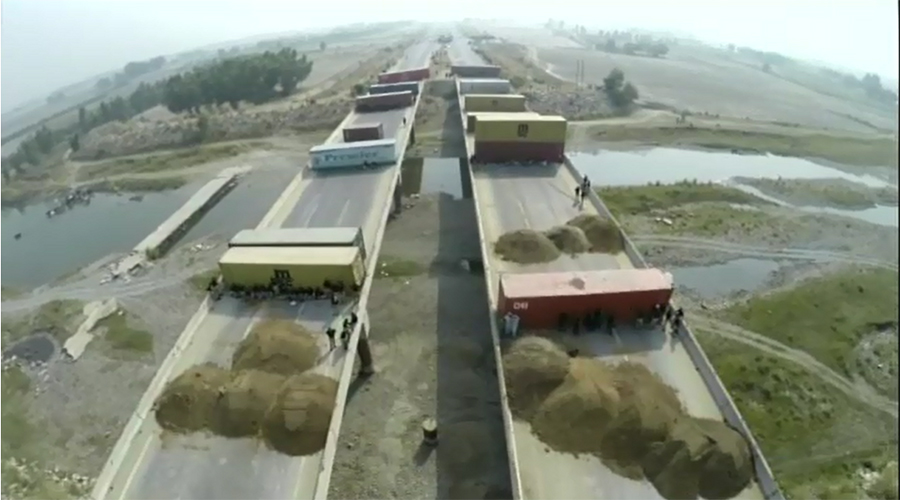 KP cut off from Islamabad as roads blocked

ISLAMABAD (92 News) – To stop the Pakistan Tehreek-e-Insaf (PTI) from holding November 2 sit-in, the government has made the country “Containeristan” by blocking the GT Roads and motorways by placing containers. The local administration has blocked all the roads leading towards the federal capital disconnecting the road contact between Khyber Pakhtunkhwa and Punjab by placing containers after KP Chief minister Pervaiz Khattak announced to reach Islamabad at all cost. Heavy contingents of policemen and FC personnel are also present on the roads to prevent Pakistan Tehreek-e-Insaf (PTI) workers from reaching the federal capital. The KP CM had directed the people to gather at Swabi Interchange and the party workers would begin their journey towards Islamabad from Swabi interchange, adding that the hurdles would be able to stop them. He had said that the corrupt rulers have filled their accounts but now the people want them to be held accountable. While announcing to lockdown the federal capital before November 2, the KP CM said that The KP CM said that the Pashtun’s have been challenged by the government by blocking the roads. “No one would be able to stop the tsunami of people,” he added. He said: “We will throw the rulers out of their offices.” “I will lead the rally from Khyber Pakhtunkhwa, adding that the tsunami will now stop at Bani Gala.”