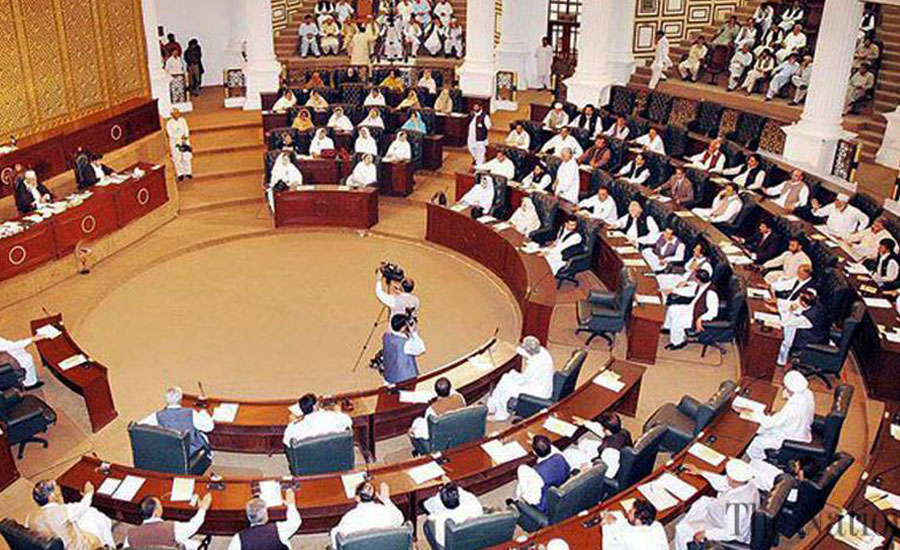 PESHAWAR (92 News) – The Khyber Pakhtunkhwa (KP) government will present its budget for the fiscal year 2019-20 on Tuesday (today). According to the Finance Department, the budget volume for the next fiscal would be around Rs800 billion. Provincial Finance Minister Taimur Saleem Jhagra will present the budget in the provincial assembly. The provincial government is likely to allocate over Rs200bn for the annual development project, 7 billion 39 crore rupees for 69 projects of the local government and 11 billion 69 crore rupees for Health. The government is likely to allocate Rs1.8bn for Billion Tree Tsunami project while Rs3bn would be reserved for mainstreaming the religious seminaries. The provincial minister likely to announce a 10 per cent raise in salaries of government employees from BPS 1 – 16 and a five per cent increase for those in BPS 17-19. The KP government is expected to deduct the budget for Health department and Higher Education Department. It was also reported that 14 projects to construct the Hydropower are included in the budget. Meanwhile, the budget session will held at 3pm today. On June 13, the KP government had decided to present its budget for the fiscal year 2019-20 June 18. KP Information Minister Shaukat Yousafzai had assured that the budget would be people-friendly. In a statement, he had said the developmental budget was being increased. The information minister had said reduction in taxes had been proposed in the next budget. He had added that salaries of provincial ministers were also being decreased by ten percent in the next fiscal budget.