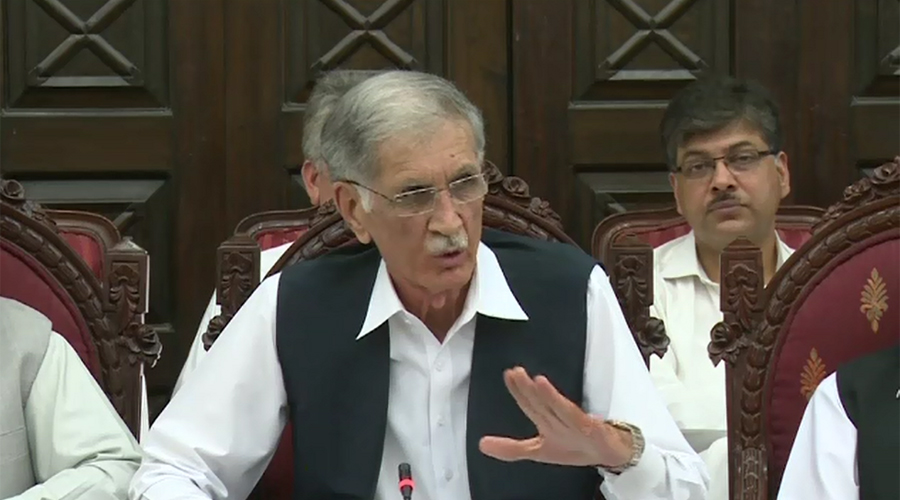 PESHAWAR (92 News) – Khyber Pakhtunkhwa Pervaiz Khattak has said that there is no rebellion in the Pakistan Tehreek-e-Insaf. Addressing a press conference on Saturday, he said that talks were being held with the estranged members. He said that the law regarding powers of district and tehsil nazims would be amended and a committee had been formed in this regard. The CM said that two each nazims of the government and the opposition would be included in the committee.