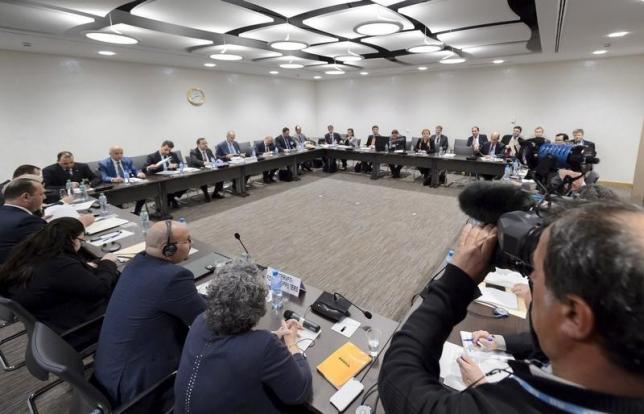 MOSCOW - Kremlin spokesman Dmitry Peskov said on Wednesday that peace talks on the Syria conflict taking place in Geneva were always set to be long and difficult, and that it was too early to talk about patience running out on any side of the negotiations. Peskov was replying to a Reuters question about whether Russia would encourage the Syrian government delegation in Geneva to engage in substantive negotiations about a political transition in Syria. Western diplomats and opposition delegates say Damascus has so far limited talks to procedural issues. "No one ever expected easy negotiations, and it would hardly be right to already be feeling a lack of patience. Patience, a lot of it, will still be required on all sides. That is obvious," Peskov said on a conference call with reporters. "Russia has consistently followed an approach of providing as much assistance as possible for the talks among Syrians to advance successfully. And without doubt Russia will continue to take this responsible approach." Peskov also said he knew of no prior agreement between Russian President Vladimir Putin and his Ukrainian counterpart Petro Poroshenko on handing Nadezhda Savchenko over to Kiev. A Russian court on Tuesday sentenced Savchenko, a Ukrainian pilot and parliamentarian, to 22 years in jail for being involved in the deaths of two Russian journalists during fighting in eastern Ukraine. Poroshenko said Putin had told him some months ago that Savchenko would be handed over, and he called on the Russian leader to honor that undertaking now. "I'm not aware of any deals. Russia in any case will conduct itself in accordance with the norms of its legislation," Peskov said, when asked about Poroshenko's comments. -Reuters