Eidul Azha celebrated around the world 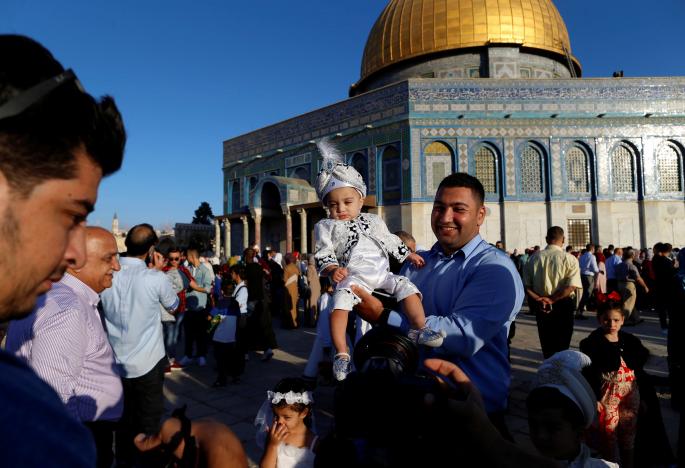 Eidul Azha celebrated around the world

MAKKAH, Saudi Arabia – Muslims around the world celebrated the Eidul Azha holiday on Monday, one of the two most important festivals of the Islamic calendar. Marking the willingness of Ibrahim, or Abraham, to sacrifice his son on God's command, Muslims mark the holiday by slaughtering animals such as sheep and goats. The meat is shared among family and friends and also donated to the poor. Faithful across continents marked the festival which comes as the annual Haj pilgrimage to Mecca in Saudi Arabia draws to a close. Palestinians flocked to Jerusalem's Al-Aqsa mosque for prayers. In Iraq, authorities adopted tough security measures during the festival, searching worshippers as they entered Abdul-Qadir al-Gilani mosque in Baghdad. Syrian President Bashar al-Assad prayed at a mosque in the Damascus suburb of Daraya, which was evacuated by rebels and surrendered to government control last month, state media reported. In Asia, tens of thousands of people left Bangladesh's capital Dhaka on crowded trains and ferries for their hometowns to celebrate the holiday with family and friends, while in the Indonesian capital Jakarta, Muslims attended morning prayers. The festival was also celebrated across Africa, with the faithful in countries such as Somalia and Kenya attending mass prayers. In Russia, thousands of Muslims gathered for prayers in Moscow while in Britain, Prime Minister Theresa May released a video message to the country's Muslim community. "I am proud of the contribution British Muslims make to this country and proud that Britain is home to people from vibrant and diverse backgrounds," she said. –Reuters