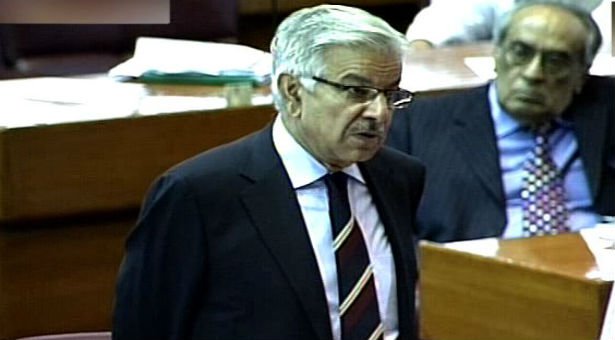 ISLAMABAD (92 News) – Federal Minister for Defence Khwaja Asif has said that Saudi Arabia is a brotherly country and Pakistan will defend it if its sovereignty faced any danger. Speaking on the floor of National Assembly on Friday, Asif clarified Pakistan does not intend to deliberately jump into the Yemen conflict. “However, if Saudi Arabia’s integrity is in danger, Pakistan will respond and defend it.” He revealed that no decision regarding the Middle East War has been made yet. “Any such decision will be made after consultation and taking the parliament into confidence,” he clarified. “The Arab League will meet today and hopefully resolve the matter,” Asif said. “The matter of sending troops to Yemen will be discussed after the Arab League decision.” The minister said that peace in the Middle East is the top priority of Pakistan.