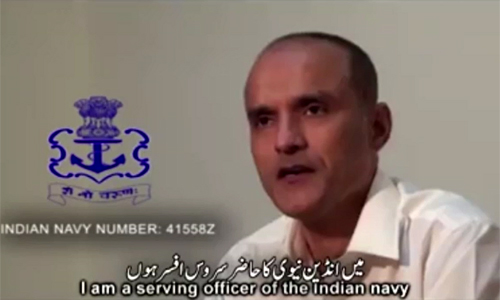 ISLAMABAD (92 News) – The Indian side has withdrew from the maritime security dialogue scheduled between the two countries.

The move has come after Pakistani authorities awarded death sentence to Indian spy Kulbhushan Yadav for carrying out espionage and sabotage activities against Pakistan.

According to Indian media, both the countries were to hold a dialogue on maritime security on April 17 (Monday). However, the meeting has now been canceled.

Moreover, according to an exclusive report of Daily 92 News, India will carry out an international campaign against Pakistan to prove Yadav’s innocence.

The services of Kapoor family’s production house will be taken in this regard.