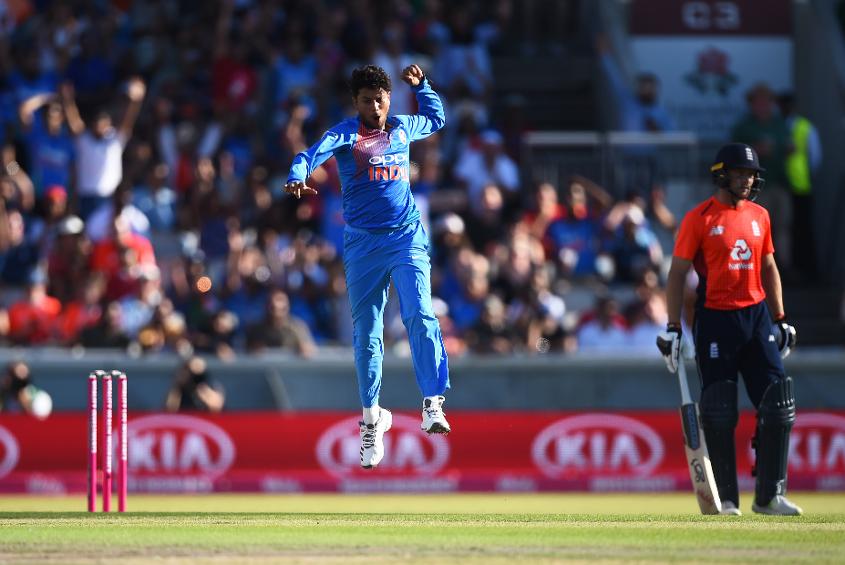 LONDON (92 News) – Eoin Morgan, the England captain, acknowledged that his side needs to improve their game against India’s spin attack after Kuldeep Yadav, the left-arm wrist-spinner, ‘completely deceived’ the hosts in the opening Twenty20 International clash on Tuesday, 3 July. Kuldeep finished with exceptional figures of 5/24, which restricted England to 159/8. After that, with an unbeaten 54-ball 101, KL Rahul helped India chase down the total with ease. “Kuldeep is a very big threat – we knew that,” Morgan told Sky Sports after the match in Manchester. “We maybe need to be a bit better with the way we go about our business. “It wasn't a case of us chipping it up in the air. He completely deceived us, and I thought he bowled well. We know we can (do better), so we need to.” Batting first, England were off to a flying start with openers Jason Roy (30) and Jos Buttler (69) adding 50 runs inside the first five overs. However, once Virat Kohli handed the ball to Kuldeep, the script changed. The spinner first clean bowled Alex Hales in the 12th over. In his next over, he snared three crucial wickets of Morgan, Jonny Bairstow and Joe Root, the last two for first-ball ducks. He later accounted for Buttler too. “Three wickets in an over knocked us back quite a bit – we never really regained momentum. That probably cost us 30 or 40 runs and, inevitably, when someone like Rahul gets in, it is going to be difficult to defend,” explained Morgan. “Everything seemed to happen pretty quickly, so that's something we will assess between now and the next game. Make sure our plans are the right ones and stick with them.” Morgan praised his openers for providing a good start but asked for more from the others. “India thoroughly deserved it – they played well. The best part of our game was the start – Jos Buttler and Jason Roy played well and conditions were pretty good, but they fought back really well," he said. “But when the wicket is that good, I think you have to take positive options and when the boundary is short and the wind is blowing into it, it gives you that incentive to play those shots. We just have to be better at doing that.”