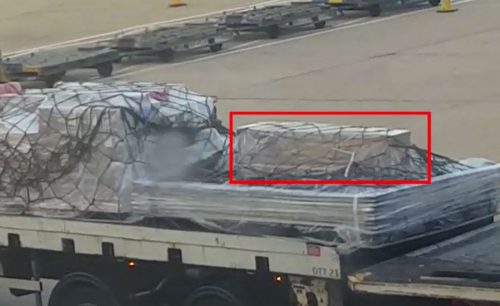 The body was brought back from London by Pakistan Muslim League-N (PML-N) President Shehbaz Sharif on PIA flight PK-758. Hamza Shahbaz, Salman Shehbaz and other close relatives received the body at the Lahore airport. The body was transported through ambulance from the airport to Raiwind. 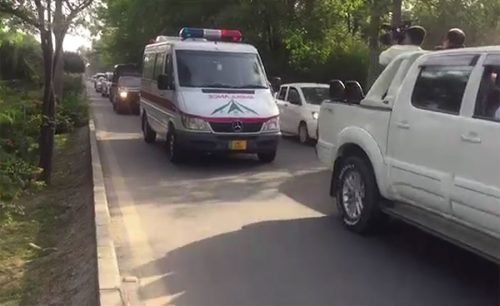 Thirteen people travelled with the body from London. The group was taken to the Hajj terminal where five family members were allowed to enter to take the body. Seven cars followed the ambulance to Raiwind. The police ensured that there were strict security measures taken along the route. 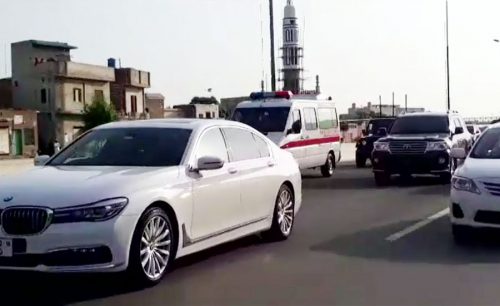 At last, the journey of Kulsoom’s body ended on Jati umra, where, Nawaz Sharif received the body. Then the body was shifted to the Sharif Medical City till the funeral prayer. Meanwhile, Begum Kulsoom’s sons Hassan and Hussain, as well as former finance minister Ishaq Dar have all decided to remain in London. 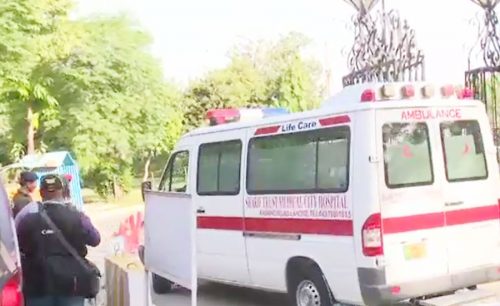 Asma Nawaz, daughter of Nawaz Sharif and Zakariya Hussain, son of Hussain Nawaz, were also accompanying the body. In Lahore, the funeral prayers will be offered at 5pm on Friday at Sharif Medical City in Jati Umra. Kulsoom Nawaz will be laid to rest at the family compound in Jati Umra. Earlier on Thursday, PIA flight (PK-758) carrying the body of Begum Kulsoom Nawaz left Heathrow Airport for Lahore. The flight that left London after one-hour will reach Lahore Airport at 7am (PST) on Friday. The funeral prayers for Kulsoom Nawaz, the former first lady of Pakistan, were offered at the Islamic Cultural Centre on Thursday at London’s Regent Park mosque. Her sons Hussain and Hassan, brother-in-law Shahbaz Sharif and former ministers Ishaq Dar and Chaudhry Nisar Ali Khan were prominent among the mourners.