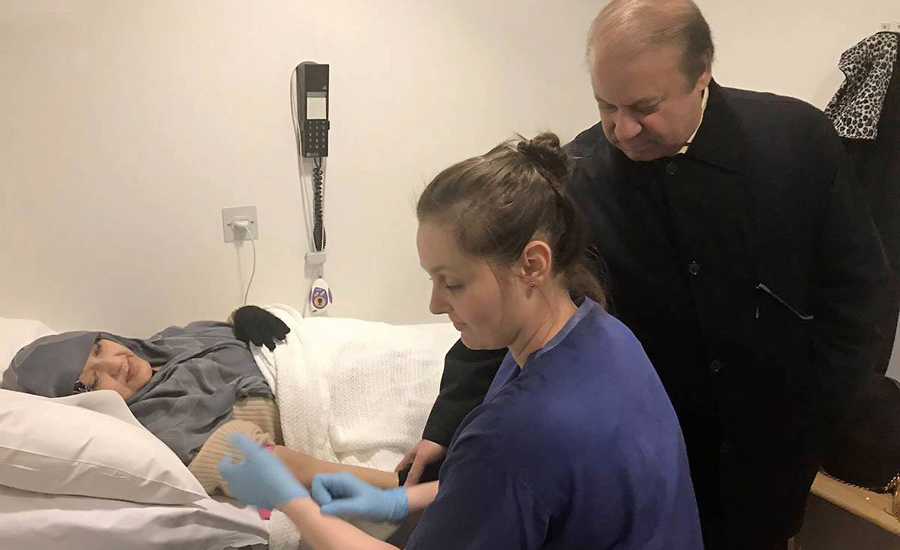 LONDON (92 News) - Former prime minister Nawaz Sharif said on Friday that the health of his wife Begum Kulsoom Nawaz is slightly improving, but she is still not out of danger. Speaking to the journalists, Nawaz expressed regret saying that it would have been better if he had visited his wife before Thursday as she was conscious at that time. Sharif appealed the nation to pray for her ailing wife. On the other hand, Pakistan Muslim League-Nawaz (PML-N) president Shehbaz Sharif returned to Pakistan from London. While Nawaz Sharif and Maryam Nawaz are also in London for ailing Kalsoom Nawaz.