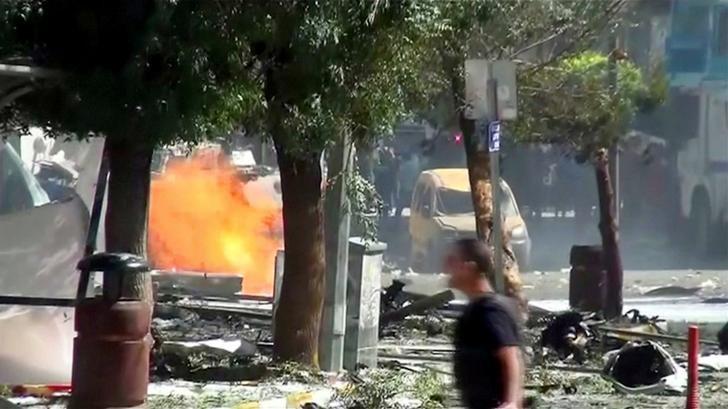 ANKARA - Kurdish militants claimed responsibility on Tuesday for a car bombing in Turkey's southeastern city of Van a day earlier and said it was partly a response to the removal from office of two dozen mayors from Kurdish-run municipalities. The blast, close to local government offices, wounded around 50 people, including four police officers and four Iranian citizens thought to have been visiting during the Muslim Eid holiday, officials said. The bombing came a day after Turkey appointed new administrators in 24 Kurdish-run municipalities, most of them in the largely-Kurdish southeast, after removing their mayors over suspected militant links, triggering protests. Southeastern Turkey has suffered numerous bombings since the Kurdistan Workers Party (PKK) militant group, which has waged a three-decade insurgency for Kurdish autonomy in the region, abandoned a ceasefire in 2015. The claim of responsibility, on a website close to the PKK, said the attack in Van was a retaliation for the killing by security forces of Kurdish youths and the removal of the mayors "in disregard of the Kurdish people's will." The PKK is considered a terrorist group by the United States and European Union, as well as by Ankara. President Tayyip Erdogan said on Monday that Turkey had evidence the mayors had sent support to Kurdish militants and that they should have been stripped of their roles sooner. Four towns in Van province were affected by the removals. -Reuters