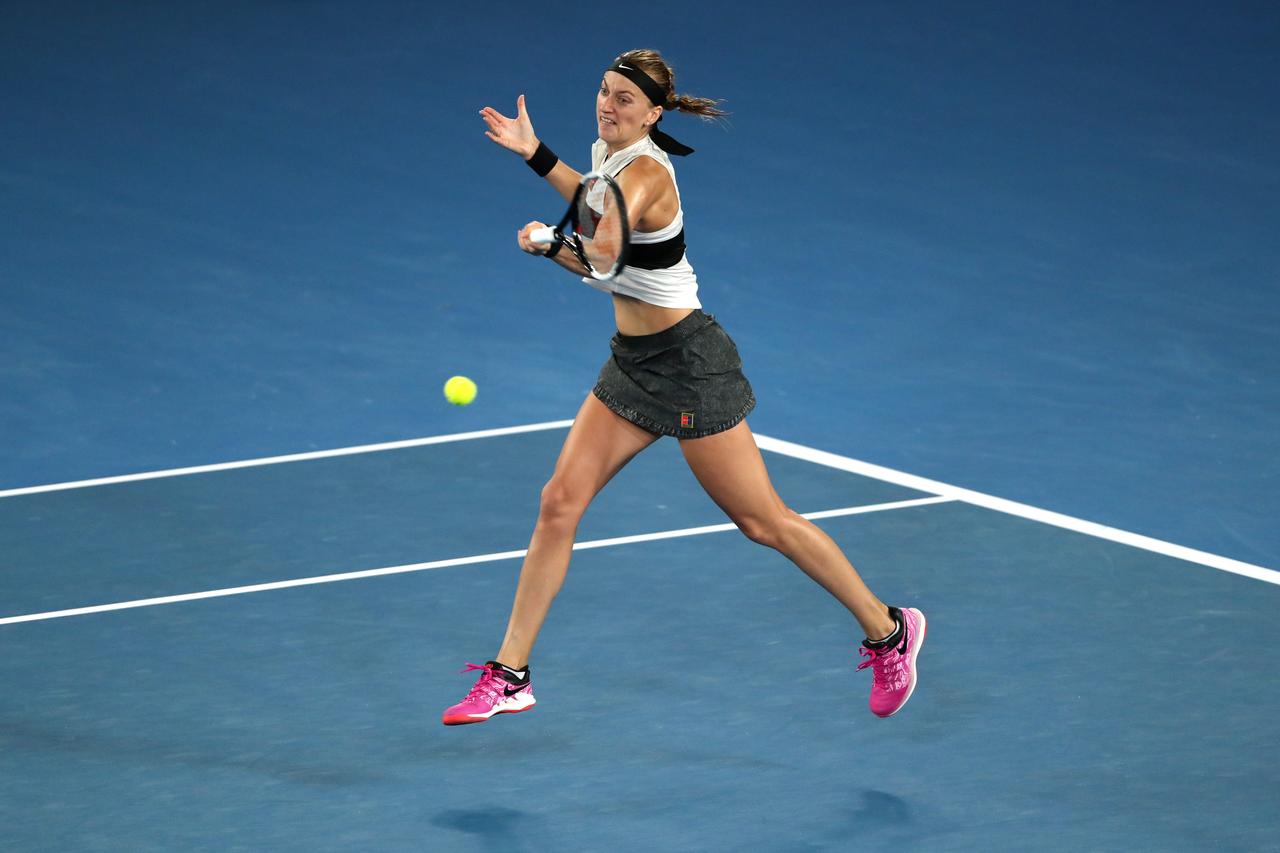 MELBOURNE (Reuters) - Petra Kvitova will compete in her first Grand Slam final in five years after ending the fairytale run of unseeded American Danielle Collins with a decisive 7-6(2) 6-0 victory on a scorching afternoon at Melbourne Park on Thursday. The eighth seeded Czech will meet the winner of US Open champion Naomi Osaka and seventh seeded compatriot Karolina Pliskova as she bids for her first Grand Slam triumph since claiming the second of her Wimbledon titles in 2014. The match at Rod Laver Arena was riven with tension, with a delay to close the roof during the first set due to the stifling conditions and a malfunction of the net cord sensor at the start of the second that left server Collins fuming. Kvitova capitalised on the American’s distraction to break her three times in succession on the way to an emphatic victory that made her the first Czech woman to reach the Melbourne final since Jana Novotna lost the 1991 decider to Monica Seles. “It means everything. I really worked very hard, finally I made it deep in this tournament,” Kvitova said in her on-court interview. “I am going to enjoy the final whatever happens. I am very, very happy. The first set was very tight. I was very nervous. I am glad I came through the tiebreak.” Collins was angered when the net cord technology failed at 15-30 when she was on serve during the opening game of the second set. Having won the point, she was made to replay it and remonstrated with chair umpire Carlos Ramos. The technology gave up another phantom beep on Collins’s replayed serve and Ramos told both players there had been a malfunction. Re-starting with a second serve, Collins gave up a backhand unforced error to concede two break points. She saved one with a big backhand winner but netted on the second. From there, things quickly went downhill for the American as the Czech ramped up her power game and roared to 5-0. Collins conceded another unforced error on her forehand to give Kvitova match point and the Czech fired her 30th winner to claim a clinical win.