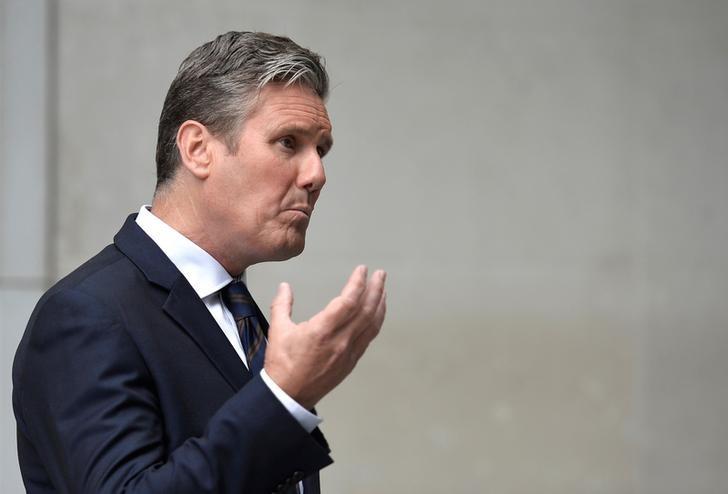 LONDON (Reuters) - Britain’s opposition Labour Party supports keeping the closest possible trading ties with the European Union after Brexit and will lobby Prime Minister Theresa May to stick to that, the party’s Brexit policy chief Keir Starmer said on Sunday. Speaking on the BBC’s Andrew Marr show, Starmer said: “What are the benefits of the single market and the customs union? They are no tariffs and they are alignment of regulations and standards and that means that for goods and services we can trade successfully in the future. That’s what we want.” “The way we’ve put it is that we would start with viable options, staying in a customs union and a single market variant which means full participation in the single market.”