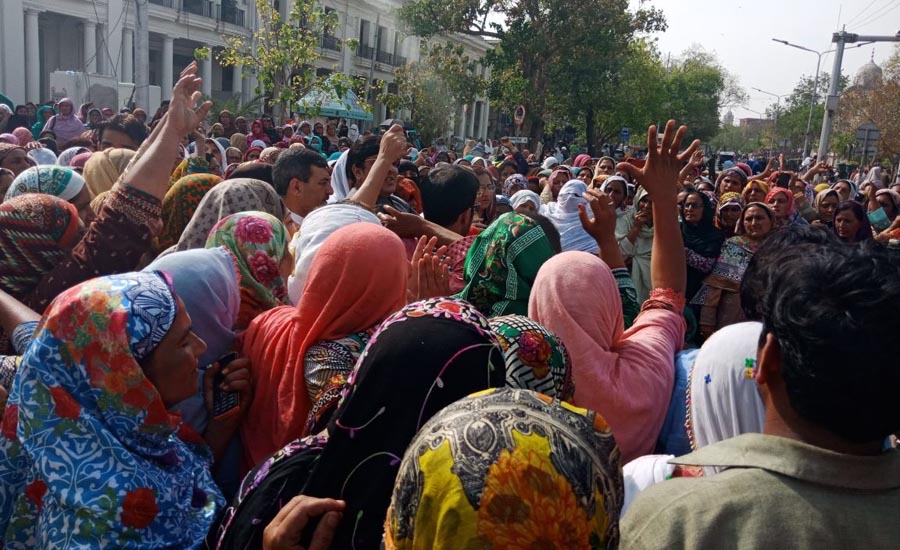 LAHORE (92 News) – Lady Health Workers from across the province continued their protest near Charing Cross in front of the Punjab Assembly for the fifth day on Wednesday. Hundreds of LHWs were camped on The Mall overnight for the protest. They said they would not budge till their demands were met. The LHWs are demanding raises and a better service structure. Huge traffic gridlocks and jams were witnessed on Mall Road and adjoining areas as motorists and commuters pushed through alternative and already congested routes to reach their destinations. Lady Health Workers Punjab president said that they were not satisfied with the government’s assurance and announced to continue sit-in until the issuance of notification. On March 26, the workers started a sit-in outside the Punjab Assembly over non-payment of salaries. The health workers have been protesting for a few years for various reasons, including those pertaining to their up-gradation, regularization or non-payment of salaries, across Pakistan. However, no proper system has been put in place for the workers to continue their duty in a smooth manner.