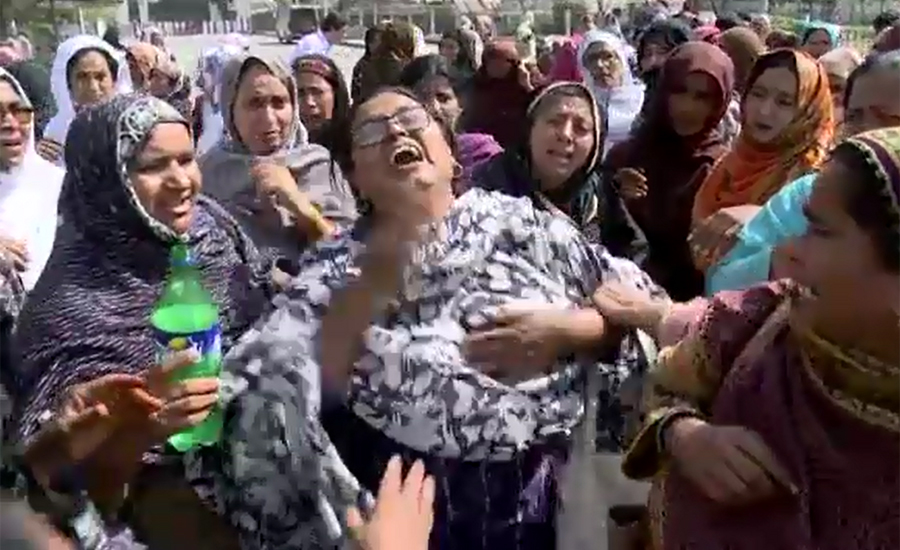 LAHORE (92 News) – Lady health workers from across Punjab continued their protest near Charing Cross for the second day on Tuesday. More than 200 LHWs were camped on The Mall overnight for the protest. They said they would not budge till their demands were met. The LHWs are demanding raises and a better service structure. Jamaat-e-Islami chief Sirajul Haq and Mehmoodur Rasheed, the opposition leader in the Punjab Assembly, visited the protesters and expressed solidarity with them. The Jamaat-e-Islami chief said the party would support the lady health workers in their struggle for their rights. Meanwhile, commuters faced problems as traffic on The Mall and adjacent roads was disrupted.