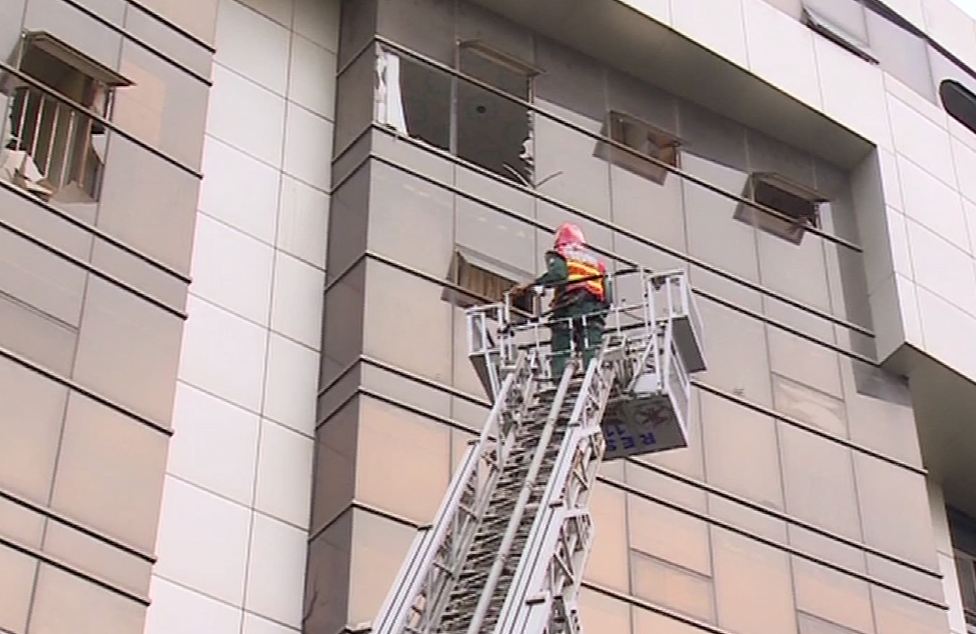 LAHORE (92 News) -  A man was killed when he jumped from a multi-storey shopping plaza to escape fire that left seven others injured in the Ichra area on Tuesday. According to rescue 1122 and fire officials, an intense blaze broke out in Gold Mines commercial plaza caused by electrical short circuit. The fire suddenly engulfed two floors of the 11-storey building, trapping nearly 50 people inside. The rescue efforts reached the spot to extinguish the fire. During the process, a person jumped from the window of the top floor, killing himself as he landed. Seven others were injured, all of which have been taken to the Services Hospital. The fire was brought under control shortly after.