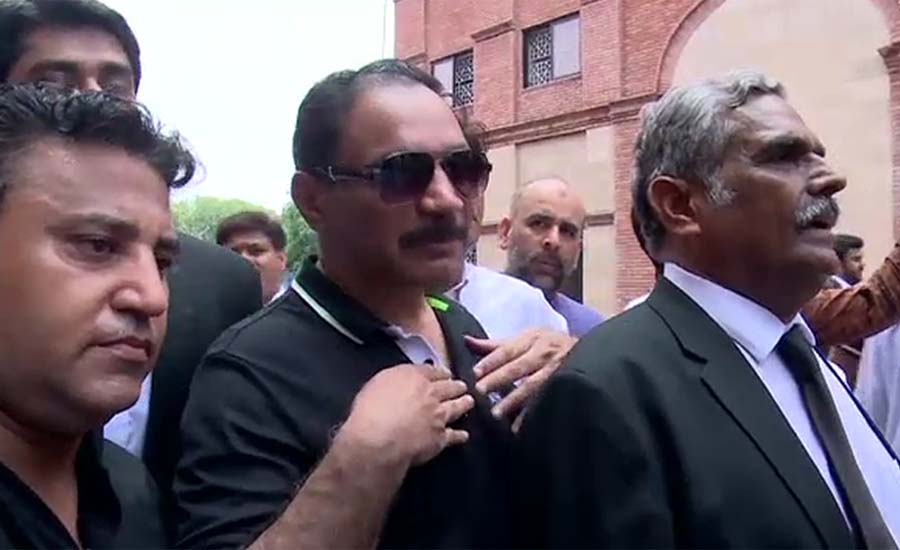 LAHORE (92 News) – A Lahore session court on Friday granted interim bail to notorious encounter specialist and former police inspector Abid Boxer. The former police inspector appeared before session court with his lawyer Azir Lateef Khan. Judge Rehmat Ali heard the bail case of Abid Boxer. His lawyer argued that the multiple fake cases of murder and kidnapping were lodged aginst Abid for taking revenge. Accepting his bail plea, the court ordered him to submit surety bonds of Rs100,000 in each case. The court has refrained police from detaining him till August 4. Talking to the journalists outside the court, Abid said, “I have returned to Pakistan after 11 years. Just wait till the evening, I will provide evidence of everything that has been done to me.” He rejected the notion that he had made statements against former Punjab chief minister Shehbaz Sharif at someone else's behest. Earlier, the Lahore High Court (LHC) has also directed police to produce him before court on July 27. Abid’s father-in-law Jaffar Rafi submitted a plea, demanding to give protection to his son-in-law as he can be killed in fake encounter.