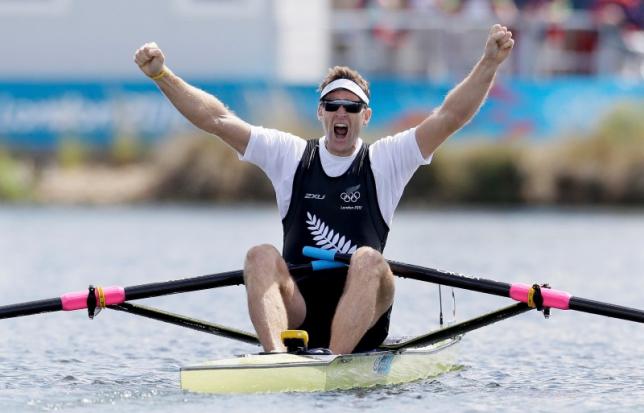 LONDON - London 2012 single sculls champion Mahe Drysdale says the short commute for New Zealand's rowers to the Lagoa Stadium will give the country a welcome advantage over other teams at this month's Rio Olympics. New Zealand won three golds and two bronzes to finish second in the medal table for the discipline behind hosts Britain four years ago and will be hoping to replicate that performance in Brazil. "We have a day house which is five minutes from the venue, so we only have to do the trip once per day and that's been a real saviour," Drysdale told reporters. "It's a really nice environment so we have quite an advantage over a lot of countries. Personally in my field (men's single sculls) all my main competitors are staying in the village, so I feel I have an advantage over them." With Christ the Redeemer looking down from the nearby Corcovado mountain, one half of New Zealand's successful coxless pair, Eric Murray, has described the course at Lagoa Stadium as 'lively'. "The liveliness of the water is when you've got other crews training around, going back and forwards, their wash makes the boat jiggle along and if you have a wind coming on as well it makes the boat jobble (wobble) along." -Reuters