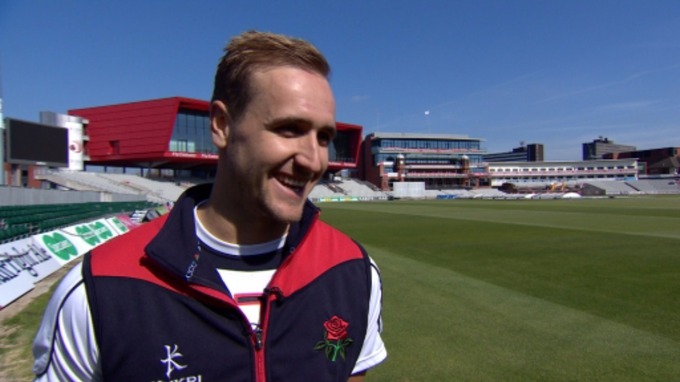 LONDON - Young Lancashire batsman Liam Livingstone has smashed a world record 350 in just 138 balls during a one-day match. The 21-year-old all-rounder bludgeoned 34 fours and 27 sixes for Nantwich in a Royal London National Club Championship game against Caldy. The England and Wales Cricket Board said on its website (www.ecb.co.uk) that his innings was the highest recorded in any form of one-day match, beating the previous record of 334 not out by Nikhilesh Surendran in an Indian club fixture in Hyderabad. Nantwich, a club based in the north-west of England, amassed 579 for seven in 45 overs and ended up winning by a remarkable margin of 500 runs. Caldy's poor bowlers were hit to all parts. One registered figures of nought for 123 from nine overs and another finished with two for 124 in eight overs. Caldy were then bowled out for 79 and Livingstone completed a memorable day by taking three catches. "It was just one of those days when everything I did came off," said Livingstone, who was used as a substitute fielder by England in last year's third test win over India in Manchester after Stuart Broad was struck in the face while batting. 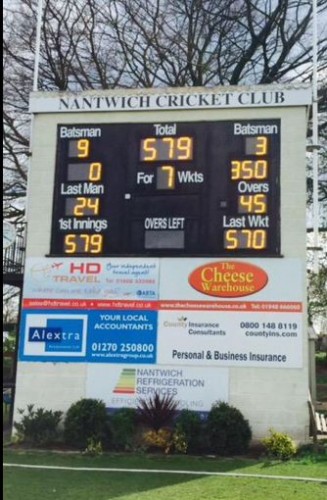 "The ball was moving about a bit early on and the third ball I faced nipped back through the gate and just missed the off stump. After that I thought I'd try whacking a few. "I hit the next one for six and everything kept hitting the middle. Someone told me at drinks when I was on 190-odd that I was on for a record but I only knew when I came off what the record was and that I'd broken it. "It's a great feeling, and my phone's been busy since, with texts and my Twitter going mental. I suppose that's the good thing about social media," said Livingstone. "One of the texts was from Ashley Giles, our cricket director at Lancashire, and for all that this was good fun, the main aim for me this season is to try and earn a place in the first team." - Reuters