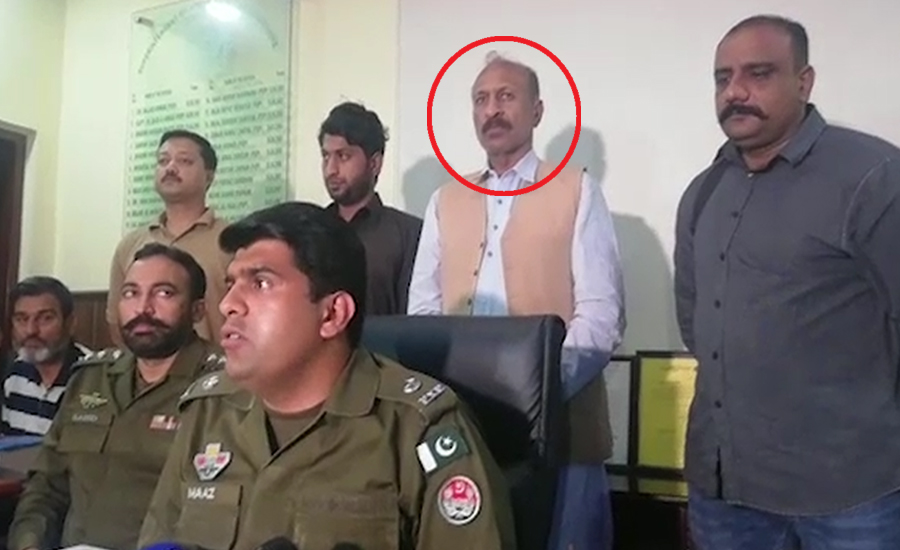 LAHORE (92 News) – The police on Tuesday night shifted Mansha Bomb, a renowned land grabber, to Lahore from Islamabad. A team led by Chung SHO Rana Jamil brought him to Green Town police stations. The Sadr said that Mansha Khokhar will be presented in an anti-terrorism court on Wednesday. Sadr SP Operations Muaz Zafar said that the first case against Mansha Khokhar was registered in 1982 when he tried to grab the land. He said that later several cases of ATA, attempt to murder and other sections were registered against him. According to the police, a special JIT will be formed to interrogate Mansha Bomb from all angles of the case. Earlier on Tuesday, a special anti-terrorism court (ATC) approved a one-day transit remand to notorious land grabber Mansha Bomb. The transit remand is given because of difference in jurisdiction. Mansha was arrested from Islamabad outside the premises of the Supreme Court, while his arrest warrants were issued in Lahore. Appearing before the ATC, Mansha said that he is scared of the Punjab police. The court them handed his custody to the Punjab police. The court rejected police’s request seeking Mansha’s three-day remand. He will be taken to a court in Lahore on Wednesday. The Islamabad police shifted Mansha amid tight security from the Secretariat Police to the court’s premises. On Monday, the Islamabad Police arrested absconder and alleged land grabber Mansha Bomb from the Supreme Court premises. Mansha Bomb, wanted in a land grabbing case, surrendered himself to the Supreme Court. It merits mentioning here that the apex court had ordered the authorities concerned to arrest Mansha Bomb, who is accused of operating a land grabbing group in Lahore. Mansha and his sons are accused of illegally grabbing land in Lahore’s Johar Town vicinity. Earlier in last month, Chief Justice of Pakistan (CJP) Justice Saqib Nisar had ordered the immediate arrest of the alleged land grabber, however, the authorities had failed to fulfil the court’s orders. At least 70 cases are registered against Mansha, according to the Punjab police.