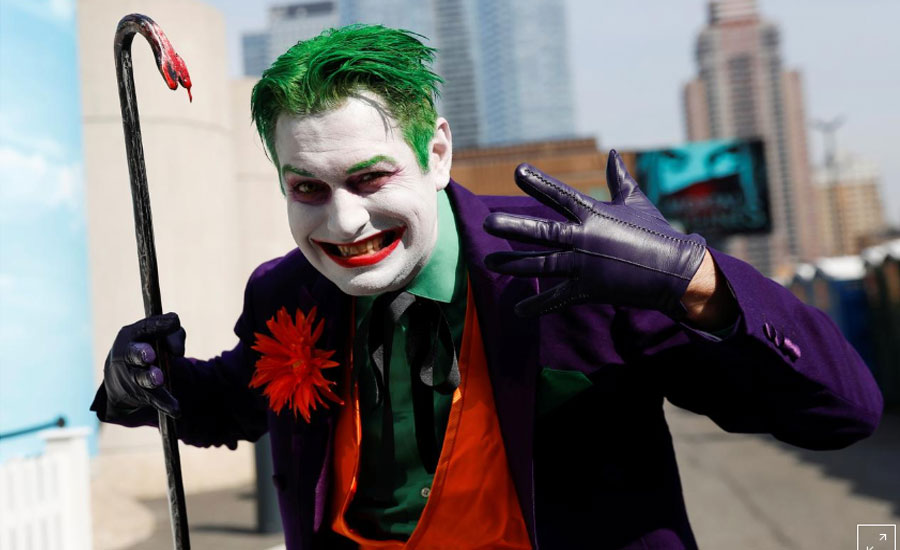 DENVER (Reuters) - The Landmark Theaters chain said it will ban moviegoers from wearing costumes or masks during screenings of the film “Joker” following concerns by families involved in a 2012 mass shooting during a Batman film in Colorado.
The Los Angeles-based chain, which operates 52 theaters in 27 markets, said it wants its customers to enjoy the film as a “cinematic achievement.” “But no masks, painted faces or costumes will be permitted into our theaters,” the company said in a written statement provided to Reuters. Landmark did not give a reason for the ban. However, the move follows a letter from the families of some of the victims of a shooting at a 2012 showing of the Batman movie “The Dark Knight Rises” in Aurora, Colorado, to Warner Bros., the studio behind the “Joker,” expressing their concerns about the movie. The film depicts the mental breakdown of the Joker character, the nemesis of Batman in various movie, television and comic book adaptations, that leads to violence. The letter also urged Warner Bros. to end any political contributions to candidates who take money from the National Rifle Association and to fund gun violence intervention programs. Some moviegoers in the packed Aurora theater for the midnight screening of “The Dark Knight Rises” were wearing costumes at that screening. The mass shooting at the Century 16 Theater multiplex owned by Cinemark USA Inc, left 12 people dead and 70 others wounded. The gunman, James Holmes, was convicted of mass murder despite pleading not guilty by reason of insanity and is serving multiple life sentences. Aurora police have said Cinemark will not be screening “Joker” at the multiplex where the massacre occurred and the department continues to provide enhanced security at the site. “We recognize this release may cause concern for the families, friends, first responders and beyond,” the Aurora Police Department said in a statement on Wednesday. The film opens in theaters on October 4.