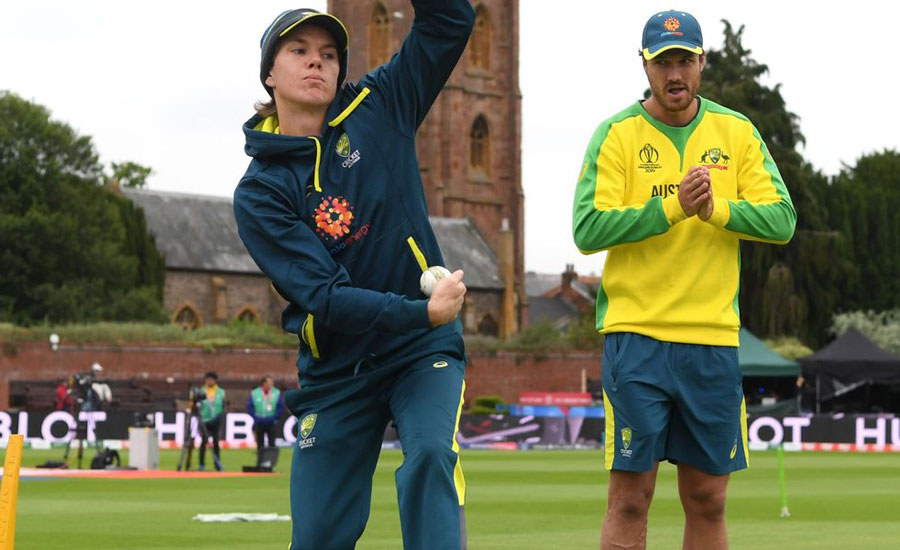 LONDON (92 News) – Despite pacers' having called the shots thus far at the ICC Men's Cricket World Cup 2019, Australia coach Justin Langer hasn't ruled out the possibility of the team accommodating both their frontline spinners, Adam Zampa and Nathan Lyon, in the XI for their upcoming games in the tournament.

In the absence of all-rounder Marcus Stoinis, who picked up a side injury during the defeat to India - Australia's only loss in the competition so far - the side has featured four quicks, with Glenn Maxwell and, occasionally, Aaron Finch shouldering spin duties. It has resulted in Zampa missing out on the last two games, against Pakistan and Sri Lanka, while Lyon is yet to play a single match.

"It [four-man pace attack] might change when we get to Old Trafford, for example," Langer said, ahead of his side's game against Bangladesh on 20 June. "We might look at playing two spinners if it's a dry wicket. It's good to have those options."

Currently, Mitchell Starc is tied with Mohammad Amir on top of the tournament's wicket charts. South Africa's Imran Tahir is the only spinner in the top 10. "It's been pace that's dominated the tournament," Langer said. "That's been the trend so far, and it's worked really well. Over the last few years, it's been spin that's dominated one-day cricket."

Partnering Starc with the new ball has been Pat Cummins. The duo have snared a combined 24 wickets so far, and Langer effused praised on the opening pair. "They're doing very well, they're very good bowlers," he said. "They've done a great job wherever they've had to bowl, with the other [pacers], they've helped pull us out of tight situations actually."

Langer was also impressed with the pacers' exploits in the middle overs against Sri Lanka and Pakistan, where they reined the opposition in, despite strong starts, with regular wickets. “The way our quicks pulled it back in the middle overs against Pakistan and Sri Lanka was brilliant," he said. "That's something for us to think about as well in these conditions [against Bangladesh].”