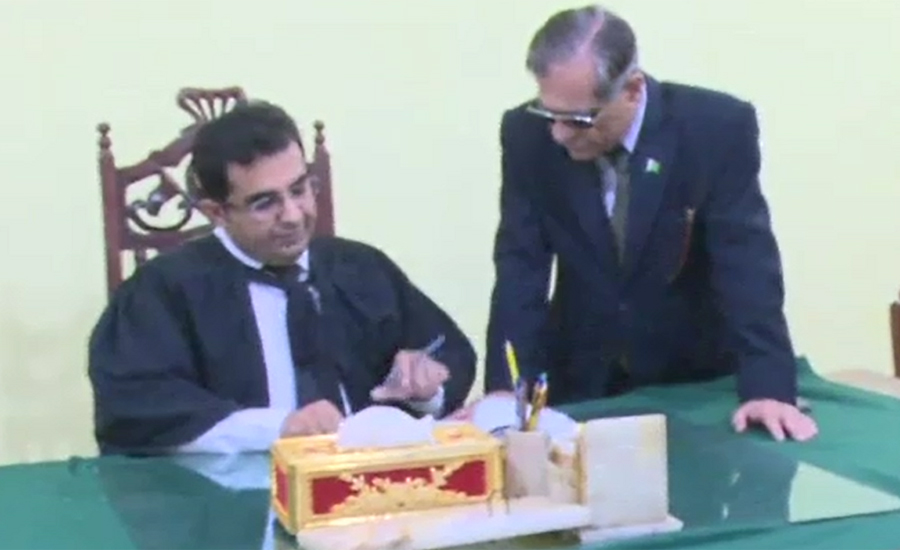 LARKANA (92 News) – Additional District and Sessions Judge Gul Zameer Solangi on Tuesday resigned over the ‘humiliating behaviour’ of Supreme Court Chief Justice Saqib Nisar. In his resignation letter, Solangi wrote that he has suffered deep anguish and injury to his self-respect and dignity. He has sent his resignation to the Sindh High Court registrar. On Saturday, Chief Justice Nisar on a visit to Larkana had expressed anger at the sessions judge during a surprise visit to his court. In his resignation letter, judge Solangi wrote that he was posted in Larkana on March 20, 2017. He stated that the chief justice's behaviour during 'ongoing court proceedings' of court as prime cause of resignation, which was widely aired in the electronic, print and social media. He wrote further that, "I have suffered deep anguish and injury to my self-respect and dignity, therefore, I am unable to continue my job with your esteemed organisation".