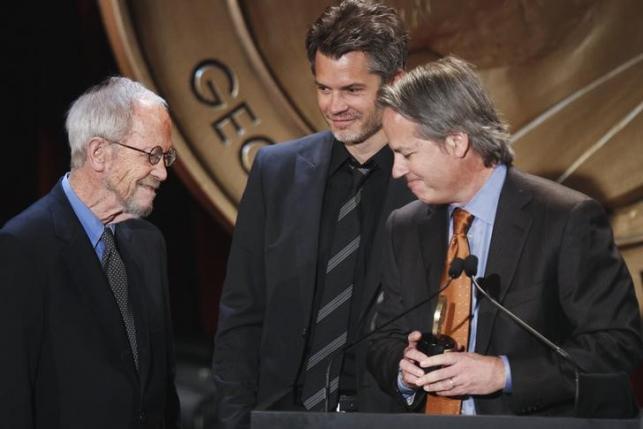 LOS ANGELES - A new collection of short stories by Elmore Leonard from early in the late American crime author's career will be released this summer, publisher William Morrow said on Tuesday. "Charlie Martz and Other Stories," to be published on June 16, will include 15 stories, 11 of which have never been published before, that introduce some of Leonard's recurring characters in later works, such as lawman Charlie Martz and former matador Eladio Montoya. The short stories "reveal a writer in transition, exploring new voices and locations," the publisher said. The stories were penned early in Leonard's career when he was writing Westerns in the 1950s after he gave up his advertising agency job. He moved on to crime and suspense novels such as "Get Shorty," and "Out of Sight," both of which were made into films. During his prolific career, Leonard published 47 books, three of which were the inspiration for FX network's hit TV show "Justified," now in its sixth and final season. Leonard, who spent much of his life in Detroit, died in August 2013 at age 87 after suffering a stroke. - Reuters