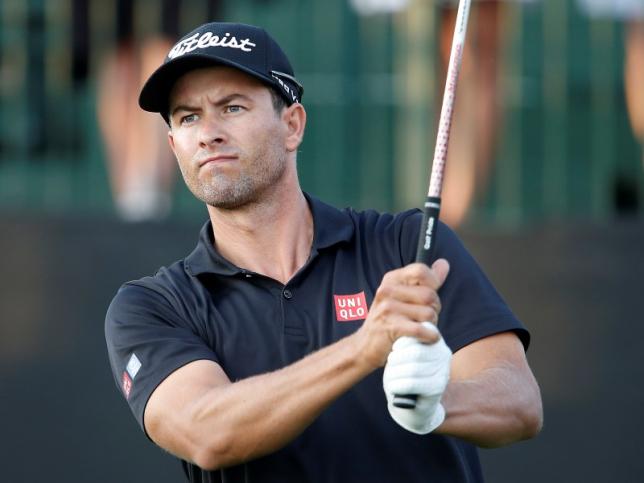 ORLANDO - Adam Scott has been the red-hot player on the PGA Tour this season but the WGC-Dell Match Play tournament continued to be a thorn in his side as the world number six wasted a golden opportunity to record a rare win. Scott was 2-up with three holes remaining at the Austin Country Club in his opening pool match but had to settle for a halve with late-charging Belgian Thomas Pieters, keeping the Australian winless at the event since 2010. "It's pathetic," Scott told the Golf Channel. "I finished par-par-par but just didn't beat the guy that I'm playing today. You've got to close it out like you're trying to win a tournament and that wasn't good enough today." Already with two PGA Tour wins in 2016, Scott has had little problem closing out recent tournaments but his old match play struggles followed him to Texas. He appeared on the verge of ending that skid, however, but he sent his approach to the par-five 16th long and left of the green. From a severe downslope, his pitch raced across the green and led to a par as his opponent made birdie. "I hit it in a spot on 16 that you just can't hit it," he said. "Massive error." Scott suffered first-round knockout defeats from 2011 to 2013 before skipping the event two years ago. Last year, the 64-player tournament switched to the current pool play format, guaranteeing each player at least three matches and Scott lost them all. The 2013 U.S. Masters champion will get another chance to snap his poor run on Thursday when he faces Englishman Chris Wood (0-1) in the second round of Group 6 matches. American Bill Haas (1-0) is the other player in the pool with the winner advancing to the Round of 16. -Reuters