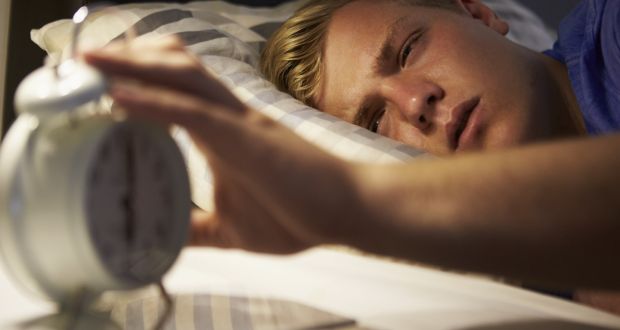 OTTAWA (Reuters ) - Letting teens start school just 10 minutes later each day might help them get more than 20 minutes extra sleep on a typical night, a Canadian study suggests. While that might not sound like much, for some sleep-deprived adolescents this might be enough of a difference to help them get the minimum recommended eight hours of shuteye a night, researchers note in Sleep Medicine. “Our body’s circadian clock naturally shifts later at puberty, so teens get tired later at night (due to later melatonin release) and therefore, need to sleep in longer in the morning in order to get sufficient rest,” lead study author Karen Patte of Brock University in Ontario said in an email. “Delayed (school) start times have been recommended for adolescents to align with their delayed sleep schedules,” Brock said said. “This study demonstrates how sensitive student sleep is to school schedules.” Insufficient sleep increases adolescents’ risk of accidents and injuries, obesity, poor eating habits, substance use, emotional problems and deficits in attention, focus and school achievement, Brock noted. Canadian guidelines recommend at least 9 hours of sleep per night for children aged 5 to 13 and at least 8 hours for teens aged 14 to 17. For the study, researchers examined data on teens in grades nine through 12 at 49 Ontario secondary schools from 2012 to 2017. Under Canadian guidelines, children aged 5 to 13 should get at least nine hours of sleep a night and teens aged 14 to 17 should get at least eight hours. For the study, researchers examined data on teens in grades nine through 12 at 49 Ontario schools from 2012 to 2017. Each year, researchers surveyed schools about start times and about how much sleep, screen time and exercise they got. At the start, students reported sleeping an average of seven hours a typical day, with an average of 8.2 hours of total screen time and about 2 hours of moderate to vigorous physical activity. School start times ranged from 8:00 a.m. to 9:35 a.m. During the study period, 11 of the 49 schools changed start times, including three schools that did so twice. Three schools delayed their start time by 5 minutes at some point during the study, and three pushed back their start times by 10 minutes, the analysis found. While delaying the school start by 5 minutes didn’t appear to make a meaningful difference in how much sleep teens got, students who got 10-minute delays slept an average of 23.7 minutes longer than they did before the delay, the researchers report in Sleep Medicine. In addition, two schools moved start times up by 5 minutes and five schools switched their start times to bring students in 10 minutes earlier. Earlier start times appeared to result in less exercise, the study found. When school started 5 minutes earlier, students got an average of 8 minutes less exercise a day than kids in schools with consistent start times. But when students switched to start times 5 minutes later, they got an average of almost 11 minutes more exercise a day when the new start time was 8:15 a.m. or 8:20 a.m. At another school with a delayed start time, however, they got less exercise on a typical day. The study wasn’t a controlled experiment designed to prove whether or how changes in school start times might directly impact student sleep, screen time or exercise. Another limitation is that schools were not randomly selected to change school start times, the study authors note. Even so, the results offer fresh evidence that even a small delay in school start times can have a positive impact on students’ sleep - with minimal disruptions to school schedules - said Dr. Heather Manson, chief of health promotion, chronic disease and injury prevention at Public Health Ontario. “As compared with longer delays, a 10 minute delay may be more feasible to implement at the school level,” Manson, who wasn’t involved in the study, said by email.