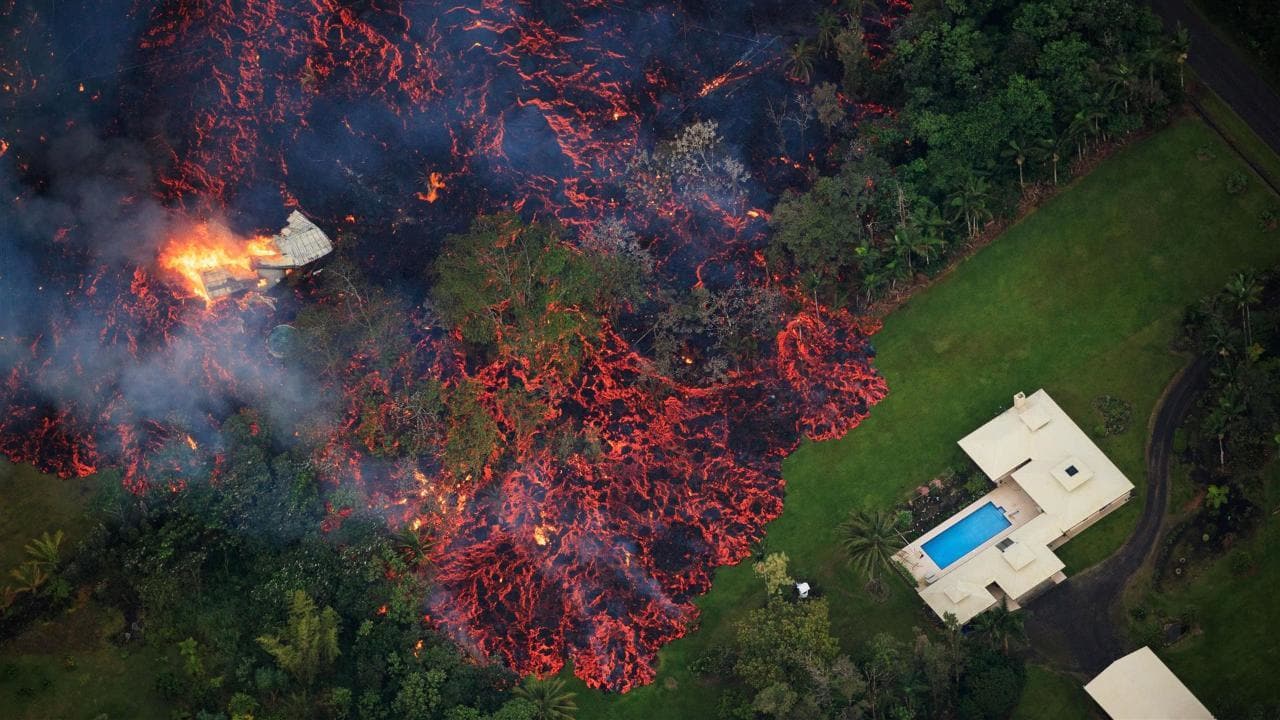 PAHOA (Reuters) - Approximately 600 homes have been destroyed by lava flows on Hawaii’s Big Island since the current eruption of Kilaeua Volcano began early last month, Hawaii County Mayor Harry Kim said . The latest estimate of property losses from Kilauea, one of the world’s most active volcanoes, far surpasses the 215 structures consumed by lava during more than 30 years of an earlier eruption cycle that began in 1983. Kim said it also marks Kilauea’s most destructive episode in modern history. His appraisal came moments after Governor David Ige, on a visit to Hawaii County Civil Defense headquarters in Hilo, the island’s biggest city, signed a memorandum of understanding furnishing millions of dollars in state disaster relief to the island. County civil defence officials had a day earlier put the confirmed number of homes destroyed during the past month at 130, all of them in and around the Leilani Estates community, where lava-spouting fissures opened up on the volcano’s eastern flank on May 3. More recently a huge river of lava that has crept several miles across the landscape to the eastern tip of the island has engulfed two entire seaside housing subdivisions, burying hundreds more homes there, while vaporizing a small freshwater lake and filling in an inlet called Kapoho Bay. An estimated 2,500 people have been displaced by evacuations across the island and geologists have said they have no idea how much longer the eruption will continue.