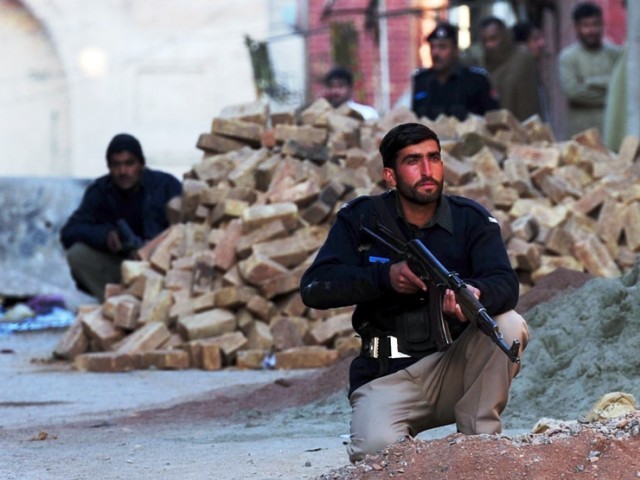 PESHAWAR (92 News) – At least 50 suspects including a terrorist involved in suicide attack at a mosque in Dir, were apprehended after hand grenade attack at the house of councilor in Swat. As per details, a woman sustained serious injuries when terrorists hurled a hand-grenade into the house of a councilor in the wee hours of Thursday. The security forces and police conducted joint operation against terrorists in different areas of Khyber Pakhtunkhwa and detained 50 suspects. Meanwhile, Counter-Terrorism department carried out a raid in district Dir and nabbed a terrorist Fakharud Din, who was involved in suicide attack at a mosque in 2009. On the hand, the Counter-Terrorism department arrested two extortionists Muhammad Afzal and Abdul Mateen during a raid conducted in Hangu.