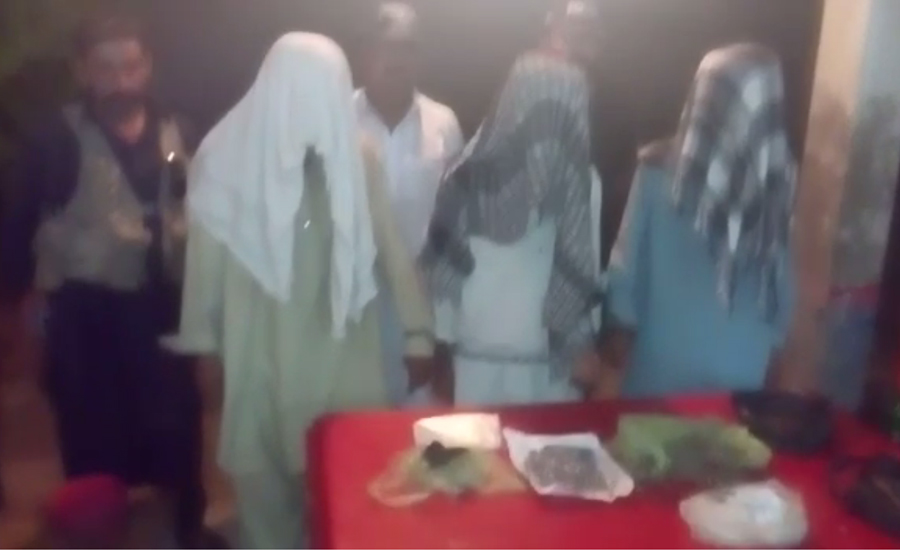 JACOBABAD (92 News) – The law enforcement agencies have on Wednesday arrested three terrorists during a raid in Wazirabad area in Jacobabad.

As per details, police and intelligence agencies carried out a joint raid in Wazirabad area in Jacobabad and detained three terrorists.

The arrested terrorists were involved in a bomb blast on railway track near Noor Wah Pul on February 2015 and another blast near district prison Jacobabad.

Weapons and explosive material including Kalashnikovs, guns, pistols and hundreds of rounds were recovered from the possession of terrorists.