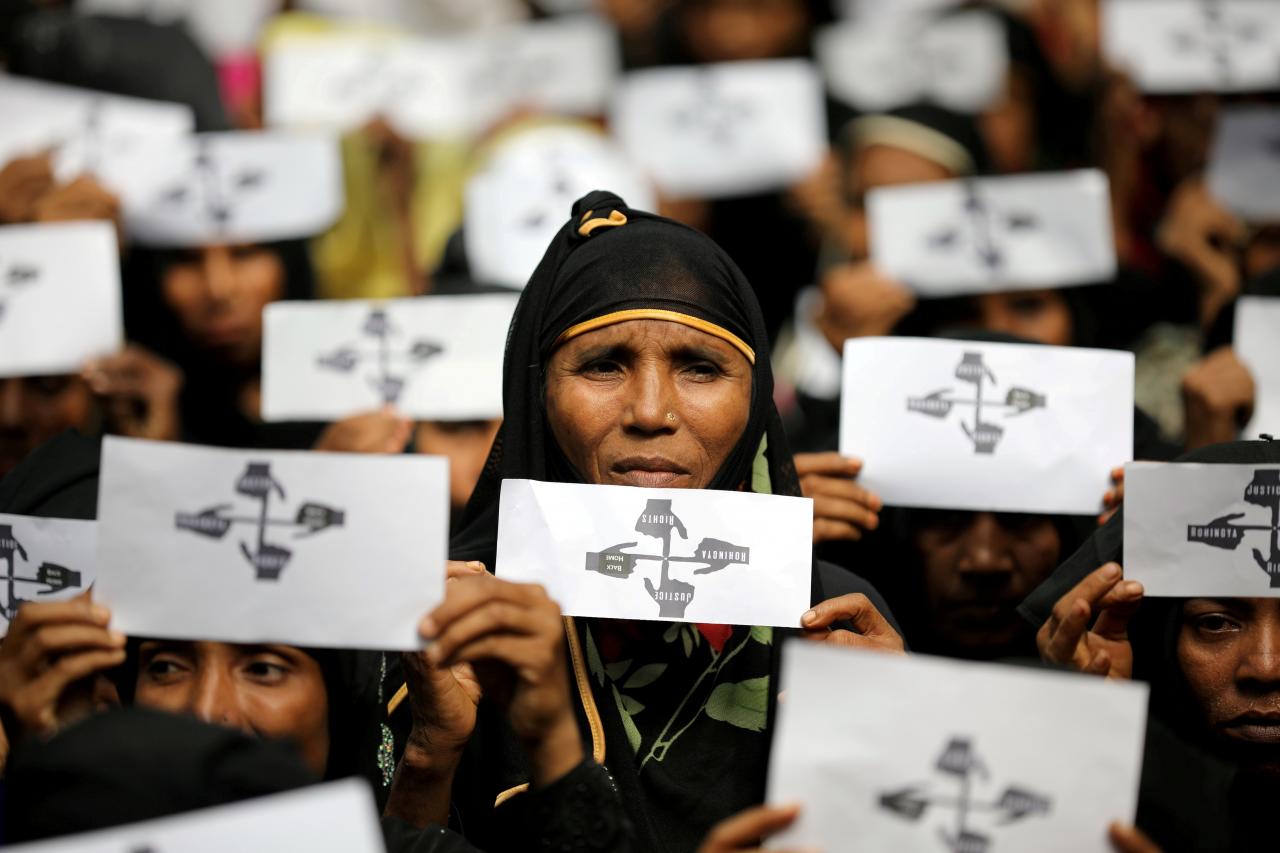 WASHINGTON (Reuters) - A human rights law group contracted by the State Department to interview refugees as part of an investigation into atrocities against Rohingya Muslims in Myanmar has found that there is a reasonable basis to conclude that genocide was committed - even though the US government stopped short of saying so. A report due to be released on Monday by the Washington-based Public International Law and Policy Group (PILPG) will also say there was a reasonable basis to conclude that the Myanmar military committed crimes against humanity and war crimes, as well as genocide. A US State Department report released in September, which relied on PILPG research, found that Myanmar’s military waged a “well-planned and coordinated” campaign of mass killings, gang rapes and other atrocities against the Rohingya. But it stopped short of describing the crackdown as genocide or crimes against humanity, an issue that US officials said was the subject of fierce internal debate that delayed the report’s rollout for nearly a month. A declaration of genocide by the U.S. government, which has only gone as far as labeling the crackdown “ethnic cleansing,” could have legal implications of committing Washington to stronger punitive measures against Myanmar. This has made some in the Trump administration wary of issuing such an assessment. In an advisory on Thursday announcing the planned release of the legal analysis of its investigation, PILPG said it would reveal that “there is a reasonable basis to conclude that war crimes, crimes against humanity, and genocide were committed against the Rohingya population.” PILPG based its report on more than 1,000 interviews with Rohingya refugees who fled to Bangladesh. The group said its mission was conducted in March and April “to provide an accurate accounting of the patterns of abuse and atrocity crimes.” The September State Department report was released in low-key fashion nearly a month after UN investigators issued a report accusing Myanmar’s military of acting with “genocidal intent” and calling for the country’s commander-in-chief and five generals to be prosecuted under international law. State Department officials have said the objective of the U.S. government investigation was not to determine genocide but to “document the facts,” and it would be up to Secretary of State Mike Pompeo to make a “legal” designation in the future. Pompeo has urged Myanmar’s government to investigate abuses against the Rohingya and hold accountable members of its security forces and others who were responsible. A top State Department official said in September those responsible could be held accountable for genocide and crimes against humanity. The military in Myanmar, previously known as Burma, where Buddhism is the main religion, has denied accusations of ethnic cleansing and says its actions were part of a fight against terrorism.