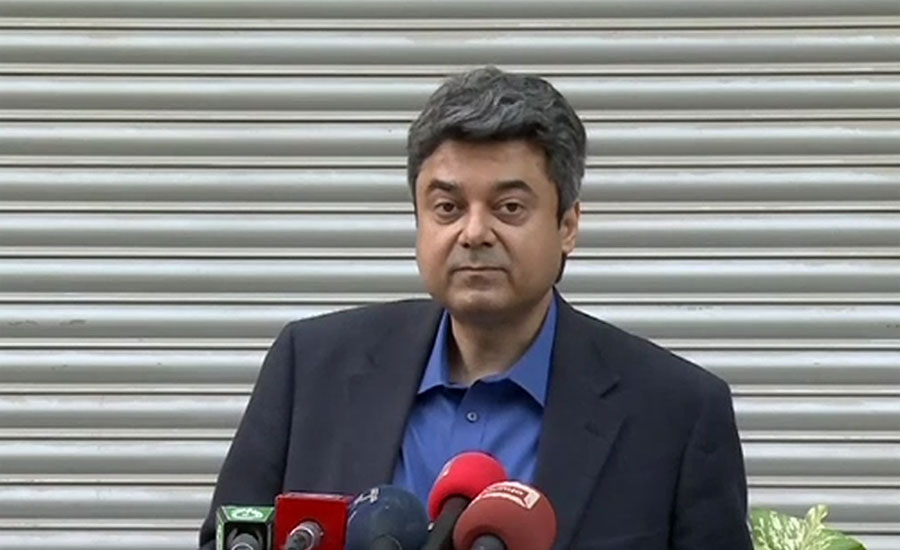 ISLAMABAD (92 news) – Reacting to video regarding accountability court judge Arshad Malik released by PML-N leader Maryam Nawaz, Minister of Law Farogh Naseem said such type of press conference should be held after investigation. In a statement, the law minister questioned that why the PML-N did not present this secret video before the court as evidence and released this video after many appeals in front of media. He mentioned that the video she has brought to the fore will not help her father, former premier Nawaz Sharif get any relief in the case. He also said that the video which featured a person, named Nasir Butt, purportedly talking to Accountability Judge Arshad Malik, was the PMLN’s man. “Judge Arshad Malik is an honest and responsible man, Farogh Naseem said, adding that he should take firm stand against this video. “Nasir Butt is responsible of contempt of court for recording this video.”
Earlier today, addressing a presser, Maryam Nawaz demanded the acquittal of incarcerated former premier Nawaz Sharif by portraying unclear video as ‘solid evidences’ of his innocence. Addressing a press conference along with PML-N president Shehbaz Sharif and senior leader Shahid Khaqan Abbasi, Maryam demanded acquittal of Nawaz Sharif on the basis of evidences shown in alleged video, adding that she respects every institution of Pakistan. The daughter of Nawaz Sharif released alleged video with unclear audio, claiming, “We have solid evidences that Nawaz was victimized by the courts in fake corruption cases.” It is pertinent to mention here that Maryam showed journalists an alleged fabricated video of accountability court judge Arshad Malik claiming the judge was forced to give verdict against Nawaz Sharif in Al-Azizia reference case. She also claimed that the corruptions allegations were made on Nawaz Sharif but no proves were shown and announced verdicts on the base of assumptions and revenge. Maryam claimed that the accountability judge was forced into delivering the Al-Azizia verdict against Nawaz, alleging that certain individuals showed the judge a personal video after which he relented to their demand.