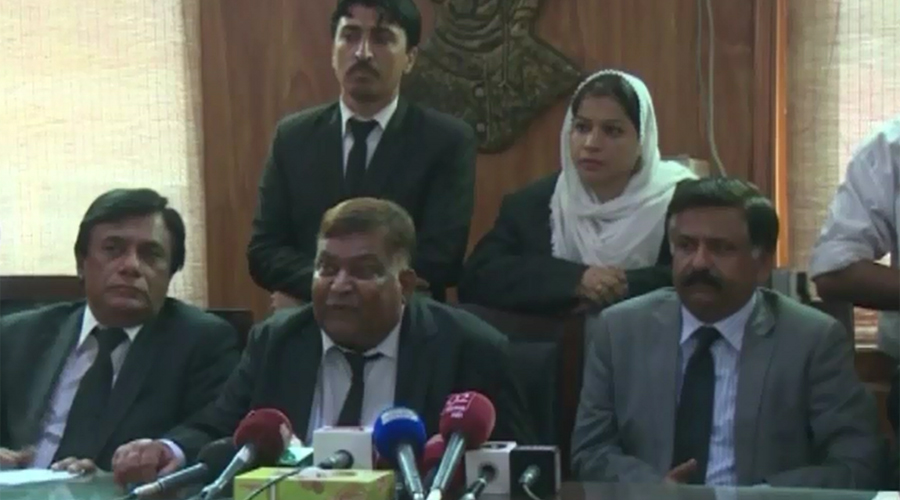 KARACHI (92 News) – Lawyers announced a three-day strike across the province against the kidnap of Owais Shah, son of SHC Chief Justice Sajjad Ali Shah. Addressing a joint press conference of several lawyers’ organizations on Saturday, Sindh Bar Council executive chairman Mansoor Leghari said that the strike would start from July 18. He said that every citizen in Karachi was facing insecurity and it was impossible for lawyers and judges to work under these circumstances. Karachi Bar Association president Mahmoodul Hassan said that the delay in the recovery of Owais Shah and arrest of the killers of Amjad Sabri was a matter of concern. They demanded that the chief secretary and IGP Sindh should be sacked. They also announced to summon a convention in the Sindh High Court.