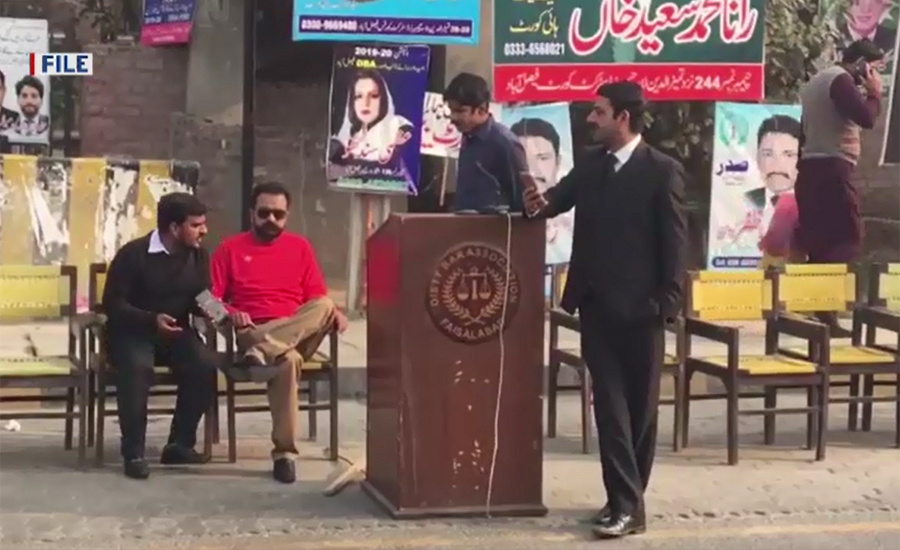 FAISALABAD (92 News) – Lawyers continued their protest for the establishment of a Lahore High Court bench in Faisalabad for the 50th day. The lawyers boycotted and locked courts, creating problems for clients. The protesters announced to stage protest of the Mall Road in Lahore on January 8. They said that the establishment of a Lahore High Court Bench in Faisalabad was mandatory to provide speedy and cheap justice at the doorsteps of the people. Addressing the participants, DBA president Amjad Hussain Malik and secretary Ch Rohail Zafar Kainth pledged that they would continue their protest till acceptance of their genuine demand. Insaf Lawyers Forum president Major (retd) Ghulam Sarwar said that after establishment of a bench here, over 15 million people of Faisalabad would get speedy and cheap justice at their doorsteps. He said that provision of speedy justice to the people was the basis of the PTI manifesto. He said that the lawyers were playing a pivotal role in clarifying the law and the constitution; hence the PTI has decided to include them in various committees.